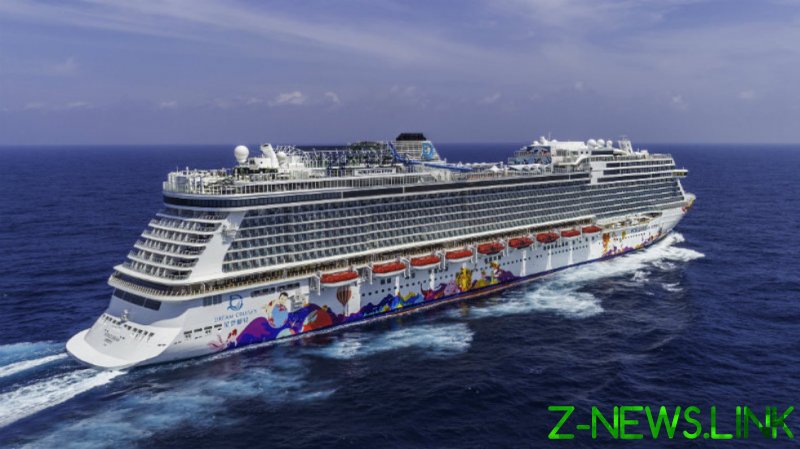 A ship run by Dream Cruises returned to the port several hours earlier than it was supposed to on Wednesday due to the suspected Covid-19 case, forcing the vessel to dock at Singapore’s Marina Bay Cruise Center, according to the country’s tourism agency.

“The passenger was identified as a close contact of a confirmed case on land, and was immediately isolated as part of onboard health protocols,” the agency said in a statement, adding that the 40-year-old traveler later tested positive. They have since been moved to a hospital to confirm the infection.

The passenger in question was fully vaccinated, and had tested negative on a rapid antigen screening on the day the ship departed, the cruise company said. The tourism board also noted that the passenger’s three companions were found and isolated. All of them tested negative for the virus, but additional contact tracing is still underway.

Other passengers were asked to remain in their cabins as all onboard leisure activities were halted.

The four-day voyage began on Sunday and had no particular port destination, billed by the company as a “cruise to nowhere,” according to Channel News Asia. Dream Cruises resumed operations on June 14 after a hiatus due to the pandemic, but is currently operating at 50% capacity.

An upcoming trip set to depart on Wednesday night was also called off as a “precautionary measure,” the company said in a notice to guests, adding the decision was made to “safeguard the wellbeing of our guests and crew.”

The two cruises are far from the only ones to be scrapped due to the health crisis, with Disney’s own cruise line forced to call off a “simulation” voyage scheduled for earlier this month after several would-be passengers showed “inconsistent” coronavirus test results. Other vessels sailing out of Singapore have faced similar issues, with a Royal Caribbean ship cutting a trip short in December after an elderly passenger tested positive for the virus. The test was ultimately determined to be a false-positive after the ship returned to Singapore, however.