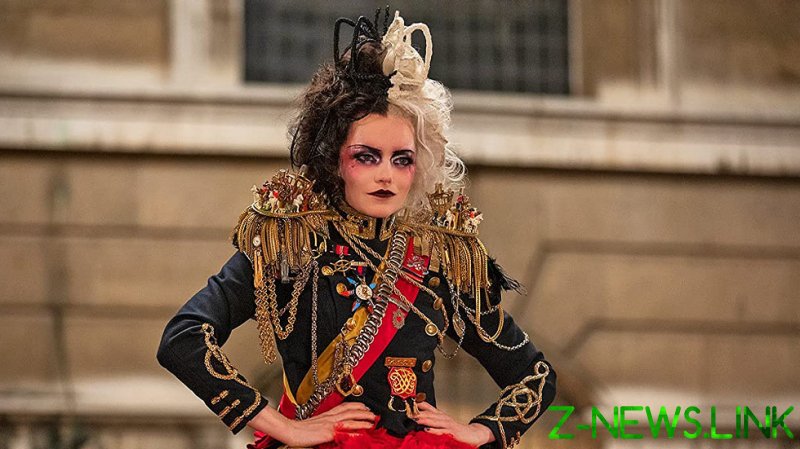 In the new Disney movie ‘Cruella’ the Rolling Stones classic ‘Sympathy for the Devil’ plays over the film’s final scene, which felt a bit too on the nose for the origin story of a notorious character that will go on to attempt to skin puppies for the sake of fashion.

Cruella, of course, is Cruella de Vil, the infamous arch villain of the iconic animated film ‘One Hundred and One Dalmatians’. With this new, live-action, reimagined reboot starring Emma Stone, we discover why Cruella hates dalmatians so much and how she rose to power.

What we really learn, though, is that the suits at Disney will go to any lengths to plumb the depths of their intellectual property vault to make money and corrode the culture.

Cruella, whose real name is Estella, is at first set in a sort of Dickensian London, where we learn of her troubled childhood. The film then magically shifts into the stylishly swinging London of the 60s and 70s, where Estella graduates from good girl gone bad to bad girl grown up.

The soundtrack, which is easily the best part of the movie, reflects that time period, featuring an abundance of classics from the Doors, Queen, Nina Simone, ELO, Tina Turner, the Clash, and the aforementioned Stones.

Unfortunately, like seemingly all Disney films, ‘Cruella’ is a shameless money grab in the form of a two hour and 14-minute advertisement for Disney’s vast catalogue of past movie hits and its newfound woke politics.

Director Craig Gillespie has experience making movies about cartoonishly villainous women, as evidenced by his terrific film ‘I, Tonya’, about disgraced figure skater Tonya Harding, but on ‘Cruella’ he seems desperately out of place.

The film’s star, Emma Stone, doesn’t fare much better. Stone is a likeable screen presence, but she is all bark and no bite as Cruella, as the threadbare script makes little human sense and reduces her acting to histrionics.

The film’s massive $200 million budget doesn’t translate into stunning visuals, either, as the film looks just okay and lacks any remarkable cinematic moments.

It’s also painfully derivative, generously borrowing from other, much better films like ‘The Devil Wears Prada’, ‘Joker’, ‘The Thomas Crown Affair’ and ‘V for Vendetta’.

The biggest problem with ‘Cruella’, though, is that it can’t quite figure out what exactly it wants to be. It’s too dark to be for kids and too silly to be for adults. Yet, despite the movie’s PG13 rating, it would appear from the movie’s rather ludicrous plot and minimal character development that the target audience is impressionable pre-teen girls, which is unfortunate since the film’s moral perspective is less than idyllic.

Even though there are shades of Cinderella in ‘Cruella’, there are certainly no princesses to be found. The old days of the Disney princess are long gone, and some may say good riddance, but now the corporate behemoth Mickey Mouse built is pivoting to not just churning out generic girl power movies, but with ‘Cruella’, bad-girl girl power movies.

This is a bad-girl versus bad-girl movie, a battle of the bitches if you will, where Cruella (Emma Stone) faces off against her fashion designer nemesis Baroness von Hellman (Emma Thompson – doing a second-rate Meryl Streep imitation), with the most-cruel and conniving female fashionista winning the stylish bad-girl championship crown with belt to match.

I’m old enough to remember when ‘Joker’ came out in 2019 and hysterical establishment critics shrieked in horror, declaring it dangerous because Joker was the “patron saint of incels” who’d inspire white men to violence. Joker was rated R and obviously geared towards adults, but ‘Cruella’? It’s for 10-year-old girls and is designed, under the guise of self-empowerment, to encourage the selfish, bitchy, and viciously toxic behavior of brats of all ages.

And don’t be fooled: Disney knows exactly what it’s doing, as it clearly understands full well the power of pop culture to persuade, which is why it wouldn’t allow Stone to smoke as Cruella, despite that being a signature trait of the character.

God only knows what deleterious effect ‘Cruella’ will have on generations of girls in a nation already filled with a plethora of narcissistic Karen De Vils.

Of course, ‘Cruella’ is inoculated against that sort of moral and/or cultural criticism from mainstream critics because it has the “proper” woke perspective and a “diverse” and “inclusive” cast, where most of the “heroes” are women, minorities, or both.

Among these heroes are Cruella, a genius taking on the small-minded patriarchy; Anita, the black female gossip columnist defiantly helping Cruella’s cause; Artie, the gay fashionista who fights for all things fabulous; and Jasper, Cruella’s right-hand person of color.

Ultimately, there’s nothing wrong with telling a story about an anti-hero or villain. These stories can have great value in that they help a culture assimilate its shadow and ultimately find catharsis. ‘Joker’ is a perfect example of this, and so could ‘Cruella’ be if it were made for adults.

‘Cruella’, though, is a sign of a culture intent on destroying itself; it’s a kids’ movie that teaches young girls to identify with and have sympathy for this undeniably immoral and malignant megalomaniacal she-devil, all while it celebrates cruelty.

I guess a corrosive kids’ movie like ‘Cruella’ was inevitable, since we live in a popular, political, and social culture populated with so many cruel, immoral, malignantly megalomaniacal adults. As the saying goes, “You get what you pay for…” which is why I definitely wouldn’t recommend paying for ‘Cruella’.