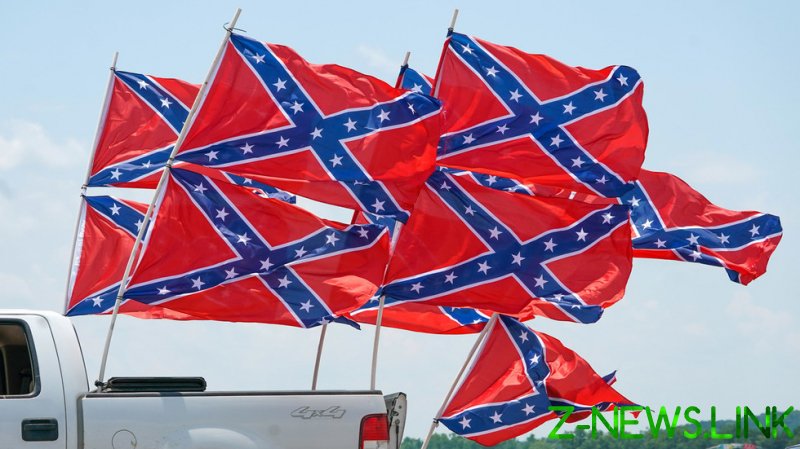 The law bans the sale of Confederate flags, swastikas and other so-called hate symbols – a restriction that would require the government to determine what speech is hateful.

Announcing the bill on Tuesday, the governor argued that the legislation will “safeguard New Yorkers from the fear-instilling effects of these abhorrent symbols” at the state fairgrounds and other government properties. But he added that “certain technical changes” will be needed to avoid infringing free-speech rights.

“This country faces a pervasive, growing attitude of intolerance and hate – what I have referred to in the body politic as an American cancer,” Cuomo said.

READ MORE: San Francisco looks to rename 44 schools, expunging the likes of Washington, Lincoln and even FEINSTEIN for their impurities

Since Cuomo signed the legislation, which went into effect immediately, critics have roasted the governor for “virtue signaling” with a law that conflicts with free-speech rights

“Most of us find these symbols offensive, but the First Amendment is not designed to protect popular speech,” law professor Jonathan Turley tweeted on Wednesday.

Journalist Robby Soave agreed and pointed out that Cuomo admitted the bill’s constitutional shortcomings even as he signed it.

The move comes just weeks after the Supreme Court on November 26 struck down Cuomo’s Covid-19 capacity limits on houses of worship, saying that the state order violated religious freedoms. “Even in a pandemic, the Constitution cannot be put away and forgotten,” the majority decision said.

Washington Examiner columnist Brad Polumbo argued Cuomo was trampling on the First Amendment with the hate-symbol law. “This is a blatant violation of free speech in the name of woke racial progress,” he wrote.

With that tendency in mind, Manhattan GOP chairwoman Andrea Catsimatidis said the hate-symbol law would create a dangerous precedent. “I personally would not buy a Confederate flag,” she said. “However, banning such items is a slippery slope. What’s next? Are they going to ban MAGA hats from New York?”

But other observers argued that outlawing the sale of such symbols on public land isn’t a total ban. One Twitter commenter suggested that the US should follow Germany in banning hateful symbols.

The latest Cuomo controversy also comes at a time when he’s reportedly being considered by President-elect Joe Biden as a candidate for attorney general. Some observers said that possibility was made more chilling by the governor’s latest alleged assault on the Constitution.