Home / WORLD / Critical race theory is bringing back segregation to America, and turning the clock back to the 1960s

Critical race theory is bringing back segregation to America, and turning the clock back to the 1960s 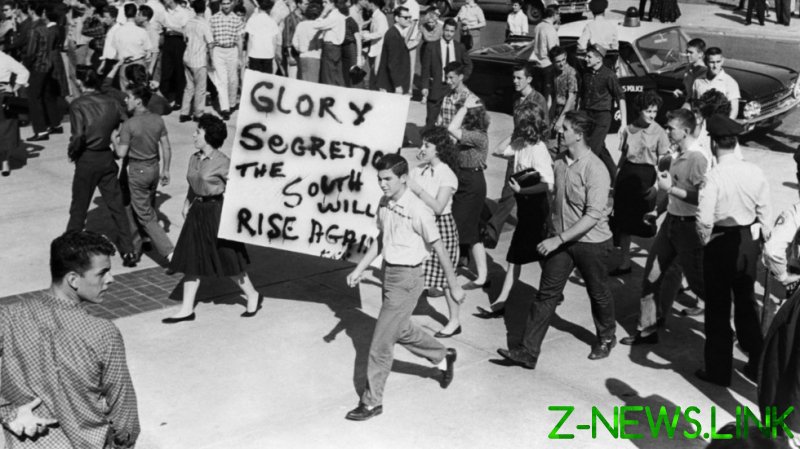 If I told you that a system would create a segregated society, I would imagine that most people would think that system was a bad idea. We got rid of segregation in the United States back in the 1960s, Dr. Martin Luther King Jr. gave his life in the process and, broadly speaking, most Americans agree consigning the racist practices of Jim Crow to the dustbin of history was a huge step forward for the country.

Recently, however, it seems that a worrying number of individuals are pushing for a system which results in exactly the same ends as Jim Crow. For the uninitiated, that would be critical race theory (CRT).

CRT’s base philosophy is that the United States is inherently racist, as are the systems that created it. It’s not a theory that is based on any objective fact, but rather the inane ramblings of the late Harvard professor Derek Bell. It is not a theory that exists to attempt to prove anything, but rather to push a particular narrative to force a cultural shift.

Fortunately, we are starting to see reactions to this nonsense idea pick up steam. In Atlanta, a mother has claimed that her daughter’s school is segregating classes into black and white. Now, when I saw that headline I thought that I was reading an old New York Post story from sometime around when the Brown versus Board of Education case was being litigated. But no, it is going on today! The devil has indeed gone down to Georgia, this time in the form of CRT.

Other backlashes have seen a Virginia teacher sobbingly quitting her job during a school board meeting because of this theory. She was visibly heartbroken by what this was doing to the children she wanted to teach. A staunch Christian, the teacher said that what the board was pushing went against her beliefs, and she refused to push their highly politicized agenda on children.

The school district of Paso Robles, California, made national news by banning the teaching of critical race theory in their school district. Though it is a smaller town, it’s stance on whether or not to teach CRT is surprising given how liberal the Golden State tends to be. The school board president, Chris Arend, has caught on to the fact that CRT’s sole purpose is to drive a wedge between Americans. As such, their amended curriculum will allow students to find out what it is, but won’t be taught it is the truth.

On Capitol Hill, the United States Senate voted to pass an amendment in the budget reconciliation package that bans federal funds from being used to teach critical race theory in schools. The Senate approved the amendment 50 to 49, with the push being led by Arkansas Senator Tom Cotton. He stated, “they want to teach our children that America is not a good Nation but a racist Nation. Those teachings are wrong and our tax dollars should not support them.” He’s right.

All these things happening at once is not a coincidence. This is a reaction from a nation that has finally realized what is being forced upon it. Americans were originally sold the idea that critical race theory is something that would allow them to become ‘anti-racist’ but have realized it does the exact oposite. It’s a bit like being sold an anti-anxiety pill only to discover it actually induces paranoia. Over 50 years after Dr. King marched on DC, the increasingly ironically named ‘progressives’ are trying to get us to judge people on the basis of melanin content.

The end result of CRT is a resurrection of Jim Crow. Segregation will return if we continue to follow this path, instead of embracing the idea that all men are created equal. This is a founding principle of the United States, and it is a genuinely anti-racist one. Lives have been lost to preserve those principles, and there is a very real possibility that lives may continue to be lost to preserve them. I refuse to believe that my home is so hateful and, mercifully, Americans across the country seem to be with me on that.