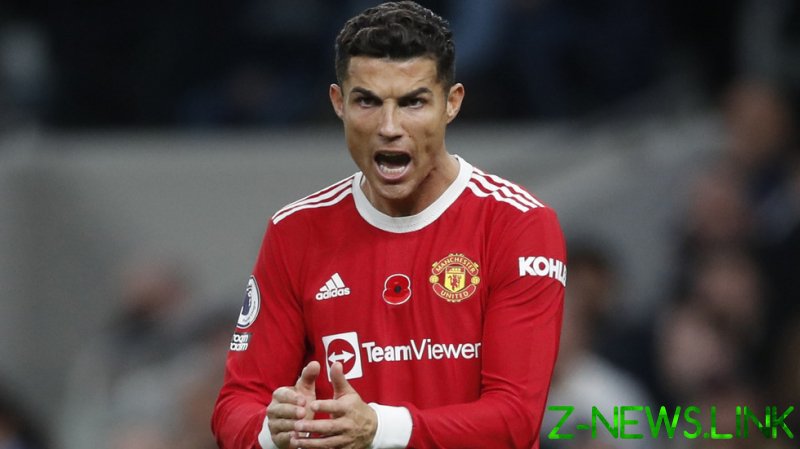 Auction experts Bonhams said that they will put the one-of-a-kind version of the Portugal captain’s card up for sale at their auction between November 1 and 11, with a global fantasy football company set to mint the digital token.

The “crypto craze” could form part of the deal in another representation of the power of the currency after it was purportedly part of Ballon d’Or rival Lionel Messi’s shock move to Paris Saint-Germain this summer.

An NFT trading card can be described as data added to a file in the form of an image, song, tweet, text on a website or a physical item that creates a unique signature.

They have become popular in the US in recent years,, with a video clip of LeBron James dunking a basketball going for $208,000 earlier in 2021

Buyer Jesse Schwarz compared the purchase to an iconic piece of art, explaining: “Everyone knows there’s one Mona Lisa. You can print out a picture of it, someone can paint you a fake one. But there’s only ever one.”

Bonhams’ head of digital art, Nima Sagharchi, hopes that the auction could be the first of many when Ronaldo’s card is auctioned.

“The sale of the Ronaldo card is a first for us but, as we expand our activities in the field of NFTs and digital art, it is an area we hope to develop in the future,” she revealed.

“Sports trading cards have been valued and collected for over a century, and 2021 is very much the year of the sports card, with physical cards representing LeBron James, Luka Doncic and Tom Brady each already having sold for millions of dollars.

“The Ronaldo card on offer is unique and, as one the greatest players of the modern era, arguably the most desirable card in the game.”

UFC great and close Ronaldo friend Khabib Nurmagomedov has already entered the world of NFTs, with the buyer of his card able to meet the former lightweight champion.

Those deals pale in comparison to the eyewatering amount brought in by Mickey Mantle’s rookie card.

“I’ve been searching for this ‘Holy Grail,’ the Mona Lisa of sports cards. I finally got the 9.”