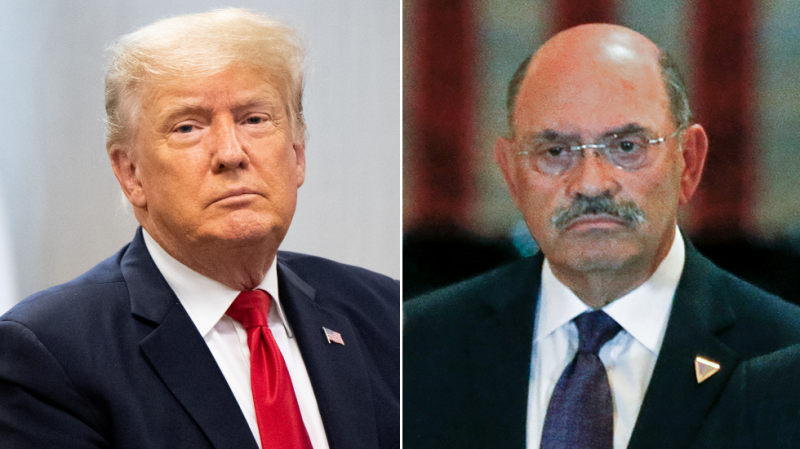 If the company bearing former President Donald Trump’s name now finds itself criminally charged in the overwhelmingly Democrat-dominated state of New York for an alleged tax scheme that predates his presidency – with its chief financial officer, Allen Weisselberg, paraded in handcuffs and charged personally with another 15 felony financial-related counts, including grand larceny – it’s because Trump might still not be politically dead and his loyal supporters still have a vehicle for their voice.

Prosecutors have total discretion with respect to which cases they take on and who they pursue. If the Trump Organization tax related-charges date back to 2005, then why did no one care about what his company was doing until he was elected to the White House? It’s pretty clear that this is a targeted political assassination. Democratic-leaning authorities in New York are on a holy mission to purge Trump and Trumpism from both the history books and the future.

It’s the kind of political persecution that you’d expect to see in countries that Democrats typically qualify as undemocratic. Anyone who has ever paid any attention to American justice knows that it’s a tried-and-true tactic that if authorities can’t nail someone with criminal charges on anything else, then there’s always the possibility of going through the person’s tax filings and books with a fine-tooth comb. After all, fiscal crimes in the US have some of the stiffest penalties. It’s all about taking that person off the chessboard – an implicit admission of their effectiveness.

Democrats in Congress investigated and impeached Trump twice – once for riling up the protesters who stormed Congress on January 6, and previously for what appeared to be a quid pro quo presented to the president of Ukraine in exchange for digging up dirt on Joe Biden and his son, Hunter, during a phone call.

And Democrats spent most of Trump’s presidency publicly alleging collusion between Trump and Russia to secure his election in 2016. When the Mueller Report failed to present evidence to that effect, they insisted in all their arrogance that Mueller and his investigators were somehow hamstrung, despite having full subpoena powers for all potential evidence and witnesses. According to their logic, Trump was too dumb to run the country, but apparently so smart that he stymied an entire team of crack criminal investigators.

Some of us have suspected that there was indeed some backroom dealing during the Trump presidency worth investigating, but the Democrats were so blinded by their Russia obsession that they missed the more obvious clues – like Trump’s blind support for Saudi Arabia, the United Arab Emirates, and Israel, with the Abraham Accords spearheaded by his son-in-law and former White House adviser, Jared Kushner, being the visible tip of the iceberg of the wheeling and dealing that took place. Even the Mueller Report hinted at it. But Democrats were so obsessed with Russia that they blew their best chance.

Ultimately, Trump refused to wear the shame and disgrace that Democrats tried to foist upon him with the label of ‘only twice-impeached president in American history’. Worse, he persists in taking up space on the American political stage. Just this week, he showed up to rally supporters near Cleveland, in the swing-state of Ohio, with a new slogan: ‘Save America’.

Positioning himself as kingmaker for the 2022 midterm elections, his ambitions for 2024 remain unclear – making both Democrats and establishment Republicans nervous. Regardless of his ambitions, one thing is certain: Trump still serves as the voice for a number of Americans who don’t feel like anyone else on the political stage represents them, their anger, or their suffering.

Erasing Trump from the landscape means that these people will be forced to either shoehorn themselves into a political party with which they don’t really identify, or else disconnect from political life entirely. Both cases represent a win for the established political order and a major reduction in any pressure to change the system.

Trump’s election proved that democracy still worked, but when Democrats and the Republican establishment didn’t like how the people voted, they activated the levers of the system capable of giving them the results they seek. The justice system is a legitimate part of a functional democracy, but if Trump had never been elected president, would he ever have ended up in the crosshairs of Democratic prosecutors? I think we all know the answer to that.