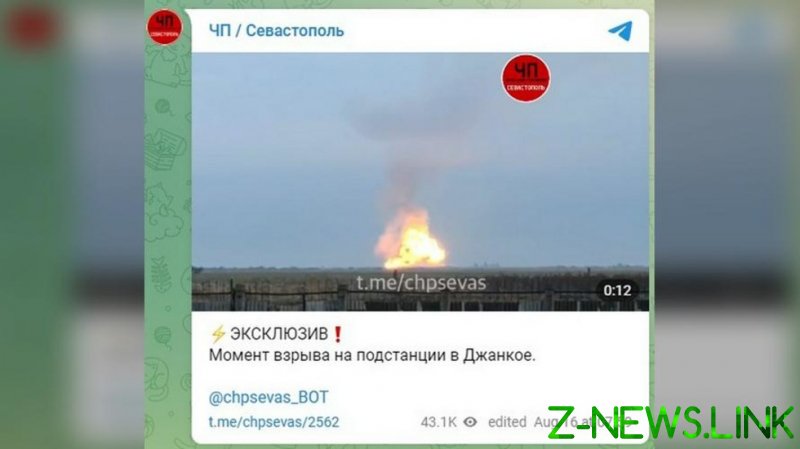 Residents of the village of Mayskoye in northeastern Crimea were ordered to evacuate on Tuesday following powerful explosions nearby. The blasts took place at a temporary ammunition depot operated by the Russian military, the Defense Ministry confirmed.

The settlement is located in the Dzhankoy region, near Ukraine, and is believed to have around 2,000 residents.

This is the second incident of this nature on the Crimean Peninsula since the beginning of the month. Last week, a series of explosions occurred at the Saki military airfield, located in the resort town of Novofedorovka. As a result, 14 people were injured and one died

Images on social media purportedly taken at the moment of the incident show a massive ball of fire rising into the air.

According to the Defense Ministry, the ammunition exploded due to a fire at the site. It reported no serious injuries in the incident and said its causes were being investigated.

The head of the Republic of Crimea, Sergey Aksyonov, said he was going to Mayskoye to investigate the situation on the ground.

The official said that according to preliminary reports, two civilians were injured in the village, adding that their lives are not in danger.

Residents are being taken at least 5km away from Mayskoye due to the risks posed by continuing explosions at the military site, Aksyonov said.