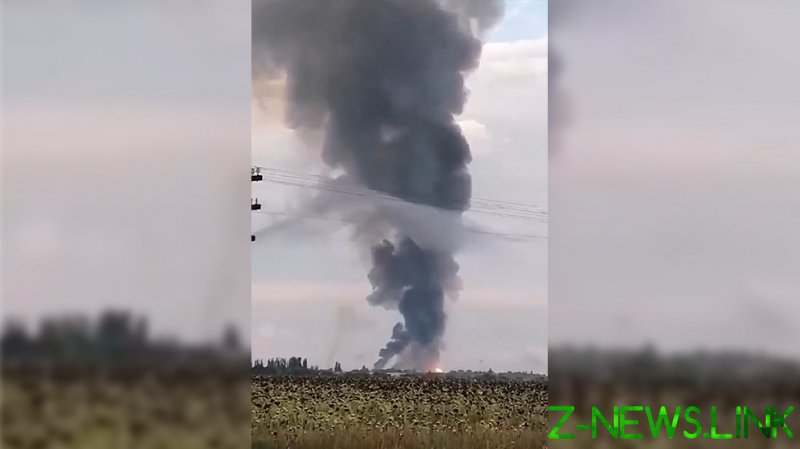 The incident on Tuesday morning that resulted in explosions at a military site in northern Crimea was an intentional act, an update by the Russian Defense Ministry claims.

Describing its response, the ministry said it was “taking necessary measures to eliminate the consequences of the sabotage.”

The explosions caused damage “to a number of civilian objects, including power lines, a power station, a railroad and several residential houses,” the statement said.

The site hit by the apparent attack is located near the village of Mayskoye in the Dzhankoy area of the Russian region. The military used it as a temporary ammo depot, it said earlier. The ammunition detonated due to a fire.

Sergey Aksyonov, the head of the Republic of Crimea, announced a region-wide state of emergency on Tuesday due to the incident.

Officials in Crimea said two civilians were injured in Mayskoye. The lives of both victims are not in danger, the reports said.

Train traffic was also disrupted in Crimea due to damage of the railway. The region’s government said it will deploy additional buses to transport passengers.

Another fire at an ammo depot happened last week at a military airfield near the resort town of Novofedorovka. The incident left one person dead and 14 others injured. The Defense Ministry did not report any findings of foul play behind it.