Crickets and psychosis account for ‘Havana Syndrome,’ says newly-declassified report by US scientists 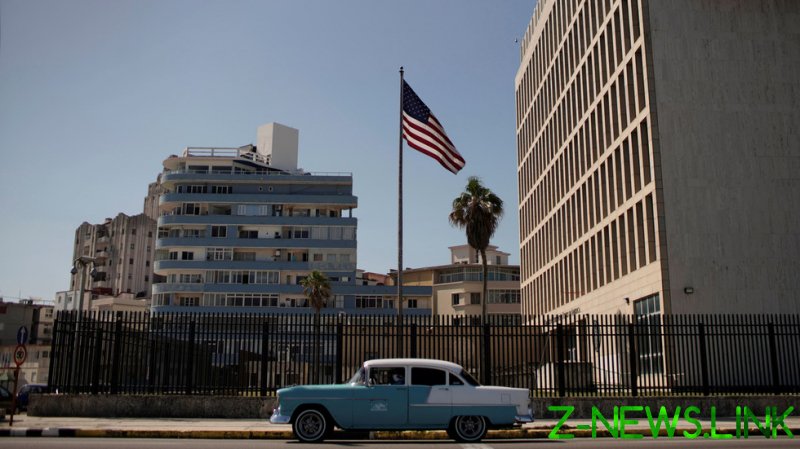 The report compiled by the JASON advisory group in November 2018 said that the sounds reported in eight of the original 21 incidents of the ‘Havana Syndrome’ were “most likely” caused by crickets, and that it was “highly unlikely” the reported symptoms were caused by microwaves or ultrasound beams.

While “the suffering reported by the affected individuals is real,” the group concluded “psychogenic effects may serve to explain important components of the reported injuries.”

The redacted and declassified version of the JASON report was published on Thursday by BuzzFeed. It was originally classified as “Secret,” and was not shared with the National Academies of Sciences panel whose report on the ‘Havana Syndrome’ was commissioned by Foggy Bottom last year.

The NAS panel concluded microwaves were the “most plausible” cause of the symptoms, which purportedly include headaches, dizziness, tinnitus, hearing and vision impairment, nosebleeds, vertigo and memory loss, among others.

According to JASON, however, “No plausible single source of energy (neither radio/microwaves nor sonic) can produce both the recorded audio/video signals and the reported medical effects.” The recorded noise was either mechanical or biological in origin, rather than electronic, and the “most likely” source was Anurogryllis celerinictus, the “Indies short-tailed cricket.”

This exact species was identified by University of California Berkeley researchers in January 2019 as the source of the mysterious noise, based on a recording released by AP.

JASON experts ruled out pulsed microwaves and ultrasound, in part because electronics and Wi-Fi networks in the house where the noises were first recorded suffered no disruptions during the incident. They concluded the noises did not correspond to microwave or ultrasound frequencies by calculating the power that would be required.

The Trump administration used the ‘Havana syndrome’ as a pretext to scale back the recently re-established diplomatic presence in Cuba. It gained a life of its own in the CIA and the US media later on, with over 200 spies now reportedly claiming they had been affected – and rampant speculation that China or Russia may be using some kind of science-fiction superweapon to do this.

Just last week, the US House of Representatives voted 427-0 to pass the Helping American Victims Afflicted by Neurological Attacks (HAVANA) Act, giving the CIA millions of dollars to compensate the personnel affected.

In mid-September, a team of Cuban scientists announced that claims of secret sonic weapons were not “scientifically acceptable,” and there was “no scientific evidence of attacks.” Unaware of the JASON report, they attributed the symptoms to some kind of mass psychosis on part of the US spies.

Named after a hero from Greek mythology,JASON is an independent group of scientists that has advised the US government since the heyday of the Cold War.

“This is a high powered group of expert scientists,” former Los Alamos National Laboratory chemist Cheryl Rofer told BuzzFeed, adding that the declassified report “appears to be a very thorough scientific analysis, the kind which wasn’t done in the National Academies of Sciences report.”

“What is available in the report is pretty dubious about directed energy weapons, and pretty positive about crickets,” Rofer added.