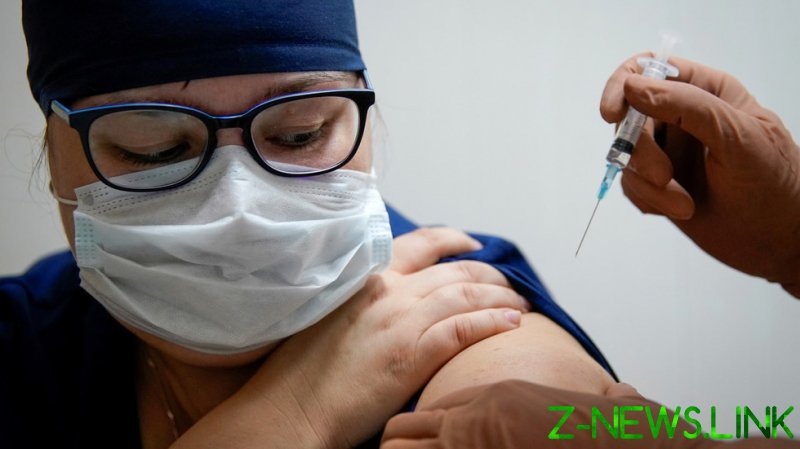 An effective inoculation against Covid-19 has been billed as the best way to end the global health crisis, but Professor Ugur Sahin, co-founder of BioNTech, has cautioned against assuming the pandemic is behind us.

In an interview on the BBC’s Andrew Marr Show, Sahin said that even after the jab is released, it could be months before infection rates drop.

“If everything continues to go well … we could have a normal winter next year,” he noted, warning that the coming months “will be hard.”

He said the goal was to deliver more than 300 million doses of the vaccine before April next year, which “could allow us to already start to make an impact.” He said he thought the vaccine could ultimately help reduce transmission of the virus by 50 percent.

The vaccine, which Pfizer reports is over 90 percent effective, could be distributed to the general public as early as mid-December.

Several countries have already placed orders for the jab. Israel signed a $237 million deal with the US pharmaceutical company on Friday to secure 8 million doses of the vaccine.

The UK is expected to receive 10 million doses by the end of the year, with 30 million doses to be delivered later. The vaccine is administered in two doses, injected three weeks apart.

The scientist took a less cautious tone during an interview with the Guardian earlier this week. He told the British paper he was confident his vaccine could “bash the virus over the head” and end the pandemic.

Pharmaceutical firms and governments around the world have been scrambling to develop a safe and effective Covid-19 vaccine. Health authorities have warned that the race should not be politicized and urged against bidding wars that could deprive less wealthy countries of having access to a workable jab.