Created a unique Atlas drowned in the tectonic plates 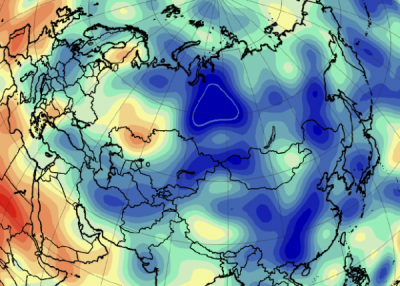 Geologists from the Netherlands was able to make a unique Atlas.

The map shows tectonic plates plunged into the mantle of the Earth over the last 300 million years.

The journal Tectonophysics informed about the discovery of scientists. In order to provide the basis for a sunken lithospheric plates, the researchers used data about known anomalies in the velocity of propagation of seismic waves in the earth’s mantle. Thus the team was able to collect information about 94 tectonic plates.

The crust of our planet comprises of tectonic plates. They move constantly, leading to changes in the landscape of the Earth and the emergence of various natural phenomena. Over time, one plate can go under another and sink into the mantle. Previously, scientists assumed that in this case razrushenie part of the plate, but in the course of the study, the experts found that sometimes the part of the plate just sinks in magma and solidifies there at a depth of about 3 thousand kilometers.

The Dutch geologists has managed to create the electronic Atlas of drowned plates over 300 million years. In the study, the researchers spent 17 years.