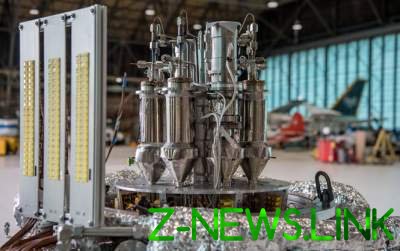 Kilopower will be able to provide energy to the mission to Mars.

Representatives NASA have planned in the coming months to test nuclear reactor that is designed to provide energy for Martian missions.

The new project was named Kilopower. The first tests should take place in November and early 2018, noted on the official website of NASA.

“The test program Kilopower will give us the confidence that this technology is ready for the development of space flight. We will examine an analytical model of the way in order to understand how well the equipment works,” explains Lee Mason, chief technologist STMD on energy and energy storage.

A new type of device for generating energy comprises a nuclear reactor, Stirling engine and alternator. The first heat, the second converts it into mechanical energy, and the third turns the energy of motion into electricity.

“Space nuclear reactor can serve as a source of energy of high density with the ability to work independently on solar energy. Such a reactor can operate in very harsh conditions such as the surface of Mars,” notes Patrick McClure, head of the project Kilopower National laboratory in Los Alamos.

It is planned that the new reactor will provide uninterrupted supply of electricity during a manned mission to Mars. The technology allows to produce continuously from one plant to ten kilowatts of electricity within ten years.

“We use the reactor technology can be applicable to multiple NASA missions. We believe that this product has a great future”, – commented one of the developers Kilopower.