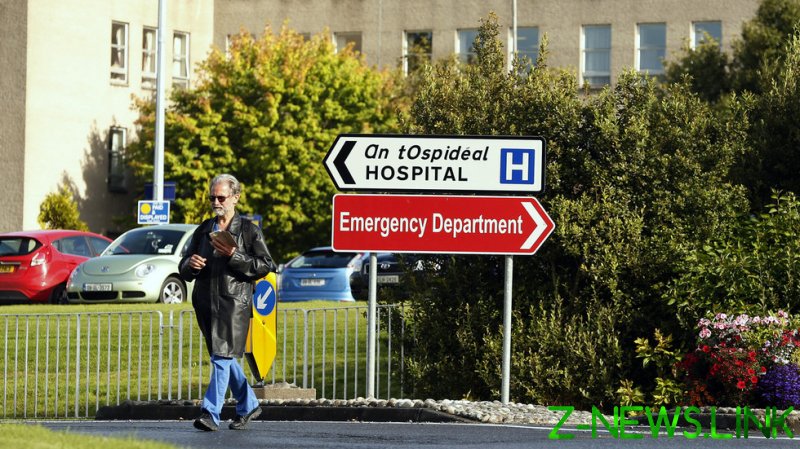 The ‘rescue,’ captured on film and originally published on Tuesday,  showed a ‘Common Law’ activist, who goes by the name of Antonio, accompanied by the patient’s wife, escorting elderly Irishman Joe McCarron out of Letterkenny University Hospital, while accusing staff of attempting to kill the patients in their care.

“I’m taking my lovely friend Joe who they were trying to kill… I’m going to take my lovely friend home and we are walking home from the hospital and nobody is going to stop us,” declared the activist, who claimed he was “saving the lives of the people” and “operating under common and natural law.”

During the video, the activist told the Covid patient McCarron, “We saved your life today my friend… You feel good, out, come on my friend, otherwise they’re going to f***ing kill you,” and thanked former UCD School of Medicine Professor Dolores Cahill, an anti-vaccine activist who currently has a warrant out for her arrest in the UK. It is unclear what part, if any, Cahill had in the incident.

One hospital staffer could be heard telling the activist that what he was doing “is wrong and very dangerous,” and warned that McCarron – who was visibly unable to breathe or speak properly – that his life was in danger.

The hospital has refused to comment on the patient’s condition or his whereabouts to the media, citing confidentiality laws, but a group that oversees the hospital said it had “grave concerns” about similar incidents taking place.

“Hospitals across the region are under extreme pressure as a result of record levels of attendances of both Covid and non-Covid patients,” the Saolta Hospital Group said, adding that “deliberate spreading of disinformation” and “defamatory comments” were “adding significantly to the burden already facing healthcare professionals.”