Home / WORLD / Covid Stasi: Will you become an agent of the state and report breaches of the Covid rules by your neighbours?

Covid Stasi: Will you become an agent of the state and report breaches of the Covid rules by your neighbours? 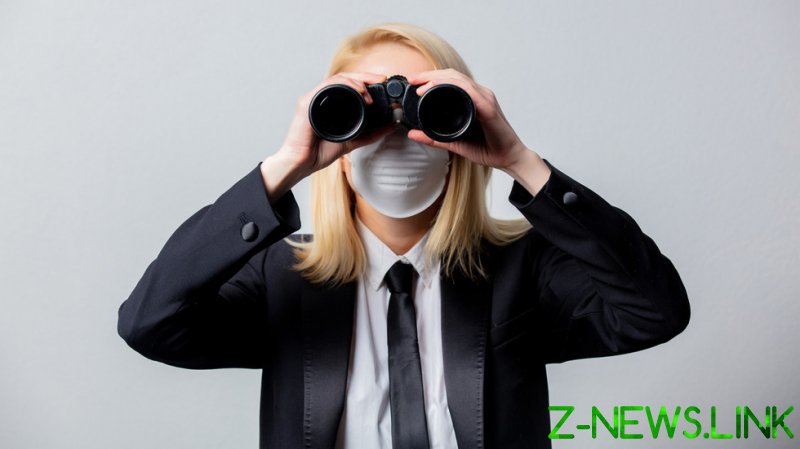 The government has encouraged the British public to snitch on their neighbours or anyone at all. The jarring call was issued by Crime Minister Kit Malthouse, who wants to see any breaches of the updated coronavirus restrictions reported.

The new rules mean no more than six people can be together, indoors or outdoors.

On the subject of people calling police to inform on rule-breakers, Malthouse urged: “absolutely, they should”adding that “it is open to neighbours to do exactly that through the non-emergency number.”

The plan looks likely to increase the workload on already stretched police forces around the country, if ordinary citizens do assume the role of informants. But National Police Chiefs’ Council (NPCC) chairman Martin Hewitt seemed to have no concerns – he admitted: “It relies on all of us being responsible.”

A groundswell of camaraderie formed in communities when lockdown hit back in March.

Those who were infirm or living alone were offered assistance from well-meaning souls.

However, this encouragement to snitch threatens to decimate that. It’s going to create a network of ‘curtain-twitchers,’ spying and trying to see what their neighbours are up to.

Last week, research showed that 68 percent of those who followed the rules, either resent, hate or consider those who didn’t to be ‘bad people’.

According to community campaigner Mark Baynes, from the Tower Hamlets area of London, “Asking people to report a neighbour for having eight people around in the garden is sheer stupidity, a waste of resources that will only destroy community cohesion.”

The pressure is being applied in a way that will also make some wonder: ‘Should I be checking up on my neighbours? Is it my civic duty?’

But establishing a program to enable snitching on fellow citizens is hardly the best way to deal with the issues. And what can this program lead us into, as the public?

We cannot expect people to be noting down the number of individuals who enter their neighbours’ homes. It will also become quite an operation, going way beyond an innocent interest. And, make no mistake, some Britons will be rubbing their hands with glee at the thought of having some power to wield.

The petty souls who regard anyone parking in front of their house as a disgrace, and who’re equally outraged when a “classless” neighbour gets an unsightly satellite dish placed on their house for all to see, can’t wait to get their paper and pen out to note down details, times and dates.

They’ll end up scribbling down car license plate numbers too, just to help the police find the culprits. It won’t end there, as video footage will be obtained, too, and then shared by email with local police stations. And they’ll no doubt be back on the phone to the cops, when their aggrieved neighbours work out who has grassed them up.

We all know who in our streets or buildings will revel in causing this kind of misery.

It’s hardly stretching things to imagine bricks being hurled through windows or graffiti scrawled on homes – akin to the infamous prison mantra, ‘snitches get stitches.’

The country is already at breaking point with BLM protests, anti-mask demonstrations and an asylum-seekers controversy. This is like a match being tossed into a barrel of gasoline. It’s also open to wanton abuse.

Any old grudges will be reborn, maybe it was something like the size of a new garden fence.

Now any aggrieved party has their shot at restitution, by watching the perceived aggressor like a hawk until…bingo. “Look, look – that’s the seventh person I’ve photographed going into Number 38’s garden in the last four hours. Give me the phone.” Maybe this never happened but, according to the police officers who knocked on Number 38’s door, it did happen, because an informant said so.

The entire concept is toxic. The worry is this that those with a superiority complex will embrace it. And there’s more of these about than we all think.

We could end up creeping about, sneaking family members into our homes via back doors and flashing car lights in the darkness to give the “all-clear.”

Britain could turn into a live adaptation of the movie Tinker Tailor Soldier Spy. The guy down the road who drives a taxi will be reborn as Carlos the Jackal and the mild-mannered school teacher in the apartment below will begin resembling La Femme Nikita.

Let’s hope common sense prevails. Dead drops, espionage and tradecraft all need to stay in the movies – and not get a foothold on our streets.