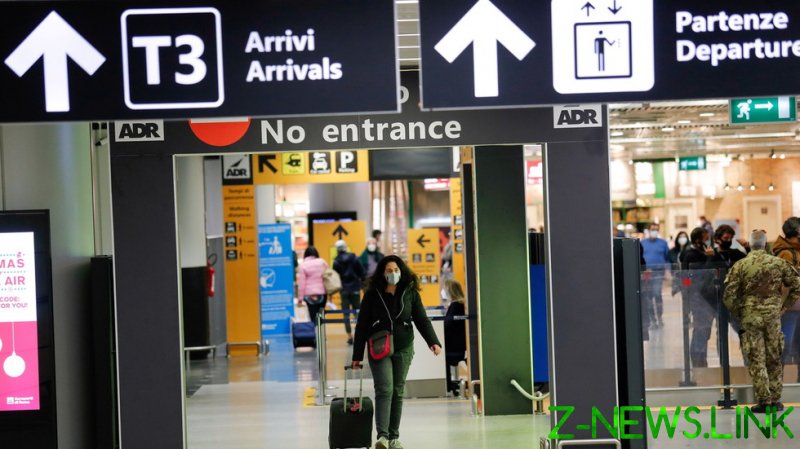 The very same new coronavirus strain behind the current scare in Europe has been isolated in a laboratory at Celio Military Hospital in Rome. It was obtained from a person that had previously tested positive for Covid-19, the nation’s health ministry confirmed.

“The Celio Scientific Department … sequenced a genome of a virus … [similar] to the variant found in the UK over recent weeks,” the ministry stated on Sunday.

The patient infected with the new virus strain and his partner had recently returned from the UK and landed in Rome’s Fiumicino airport, according to Italian authorities.

Both of them have been placed in isolation while their family members and “close contacts” were said to be following “procedures established by the ministry.”

Earlier on Sunday, Italy had joined a host of other European nations that are temporarily suspending all travel to and from the UK, due to concerns about the new virus strain.

Even those who had travelled through British territory over the last 14 days have been barred from entering Italy, under an order signed by the Health Minister, Roberto Speranza.“This Covid variant, recently discovered in London, is worrying and will need to be investigated by our scientists,” the minister said, while providing no details about the timing of the ban.

Previously, UK Health Secretary Matt Hancock admitted that the newly discovered, highly contagious strain is “out of control,” as he called for more restrictive measures to stem its spread. The British Prime Minister, Boris Johnson, announced strict Tier-4 lockdowns in an area including London, the Southeast, and Peterborough in the east on Saturday, justifying the measures by the spread of this new Covid-19 variant.