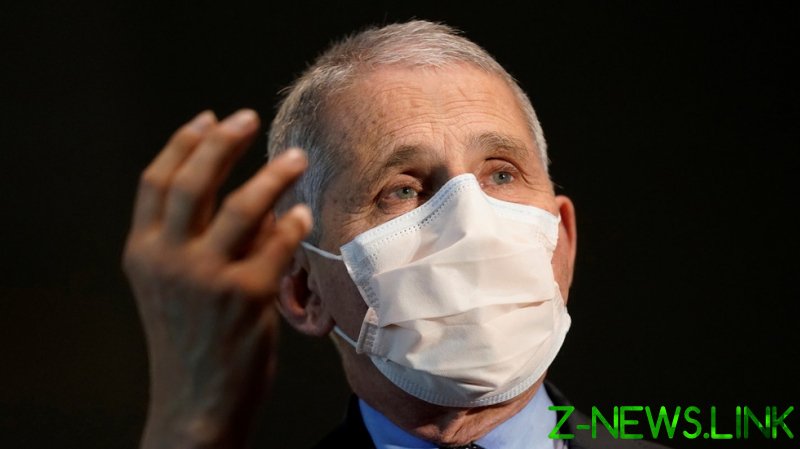 Speaking on CNN’s ‘State of the Union’ on Sunday, Fauci was asked whether he believes the “worst is still yet to come” in the ongoing pandemic.

“I do,” Fauci replied, predicting a “post-seasonal – in the sense of Christmas, New Years – surge.”

“We’re really at a very critical point,” he continued, “if you put more pressure on the system by what might be a post-seasonal surge because of the traveling and the likely congregating of people.”

Fauci has made similar predictions before. As the US’ cases numbered in the thousands back in March, he told Congress that “things will get worse than they are right now.” Three months later, he called the pandemic his “worst nightmare,” and warned that “it isn’t over yet.” In August, he again reminded the public he wasn’t “pleased with how things are going,” and told them to expect “big spikes” in positive tests.

Fauci’s predictions were not wrong, and daily new cases have trended upwards since mid-summer. However, while more than five times as many were reported on Saturday as on June 26, deaths have not risen as sharply. Just over 1,400 deaths were recorded on Saturday, in comparison to 660 back then, figures provided by Johns Hopkins University show.

Fauci has urged the public to get vaccinated, but admitted this week to lying in order to convince them. Earlier this year, he stated that between 60 and 70 percent of the population would need the shot to guarantee herd immunity for all, but revised that figure up to “75, 80, 85 percent” last week.

“When polls said only about half of all Americans would take a vaccine, I was saying herd immunity would take 70 to 75 percent,” Fauci told the New York Times on Friday. “Then, when newer surveys said 60 percent or more would take it, I thought, ‘I can nudge this up a bit,’ so I went to 80, 85.”

Throughout the pandemic, Fauci has been a target of criticism for apparently flipping his position, such as that on the wearing of face masks, and on whether children should be sent back to school, all the while claiming to follow the science.