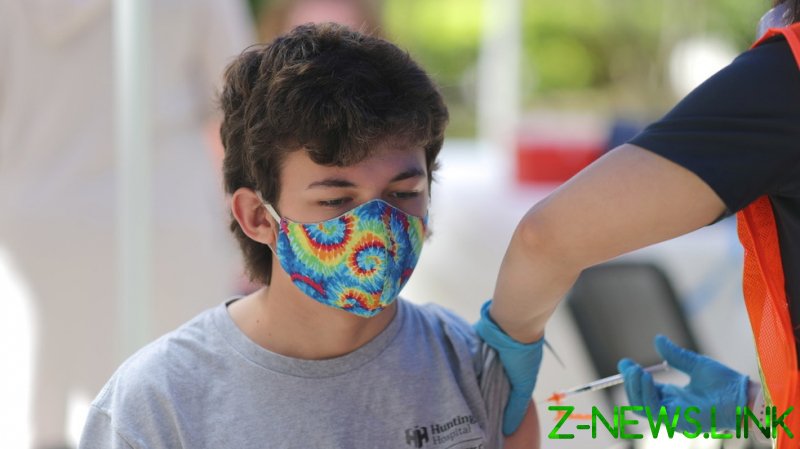 As pandemic restrictions are slowly rolled back across the US, the idea of mandating Covid-19 vaccines has become a hotly-debated topic. While the concept of vaccine passports remains only a potential reality, young adults appear to be willing to go along with it.

While 18-29-year-olds remain the age group that is the least vaccinated (and is considered to be the least at-risk from the virus among adults), a majority (66%) say they would get vaccinated if a job or school required it, according to a new poll from Axios/Generation Lab.

While numerous companies have been trying to incentivize employees to be vaccinated through bonuses or paid time off, few have made it a requirement. Delta Air Lines, however, announced this week that there will be a vaccine mandate for new hires.

Even more young people (74%) believe that people ‘definitely’ or ‘probably’ should have to be vaccinated before returning to a setting like school or the workplace.

Just a quarter of respondents said they ‘definitely’ would not refuse to enter a school or workplace that does not require vaccines.

The requirement to be vaccinated is a matter of concern for a small part of those polled, as only 15% said they would seek employment or schooling elsewhere if they had not received the shot but their school or employer insists on it. Facing the requirement, 13% would refuse the shot, but would still try to attend classes or go to work, and 2% would find a way to forge proof of vaccination.

The Axios poll was conducted earlier this month among over 900 adults between the ages of 18 and 29.

Previous polling this year found that a quarter of people plan to seek new employment when the pandemic is completely over. In March, a Morning Consult poll found that the percentage is higher for younger people, as 34% of millennials said they plan to do so.

Private companies are not the only ones looking to incentivize vaccines as the job market faces a shortage in employees. Ohio Governor Mike DeWine announced recently that those who get vaccinated in his state will be entered into a lottery that could earn them $1 million. Other incentives from government officials haven’t been as glamorous. New York City Mayor Bill de Blasio was mocked this week after saying in a press conference that New Yorkers were eligible for free meal items from fast food chain Shake Shack if they get inoculated.