Home / WORLD / Covid-19 vaccine deliveries slow in April but will speed up in May, says UK minister, despite drug company rebuttal

Covid-19 vaccine deliveries slow in April but will speed up in May, says UK minister, despite drug company rebuttal 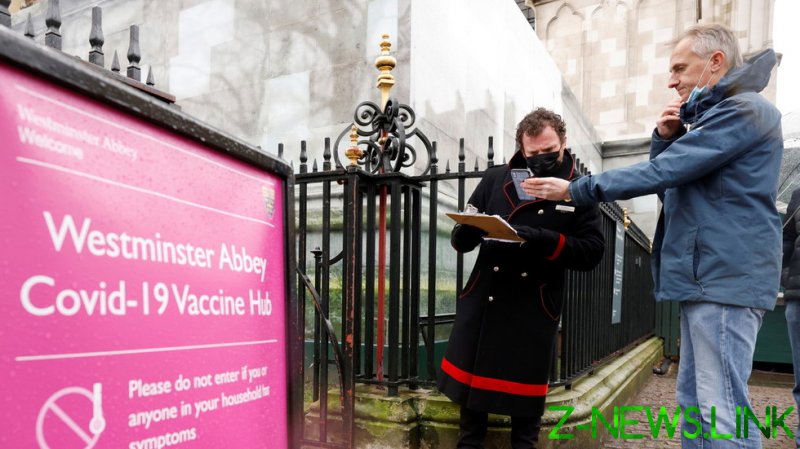 “We have less supply than we might have hoped for the coming weeks, but we expect it to increase again later through the course of April,” British housing Robert Jenrick told the BBC on Thursday. “We have every reason to believe that supply will increase in the months of May, June and July,” he added.

The minister said that supply has always been “lumpy” and that this was a similar issue which was out of their hands. “We’re sourcing vaccines from all over the world and we are experiencing, occasionally, some issues and that’s led to this issue with some supply in the coming weeks,” he noted.

“But the main thing is we’re still very much on course, we’ve still got line of sight to deliver the vaccines and to meet our targets.”

The minister added that nobody should be worried by this supply challenge, noting that everybody waiting for their second jab will receive it.

Jenrick’s comments come after an NHS letter, leaked on Wednesday, warned of a month-long “significant reduction” in weekly Covid jab deliveries. The two UK suppliers, AstraZeneca and Pfizer, have both denied any supply issues.

Pfizer claims it “remains on track” for its deliveries in the first quarter while AstraZeneca said its UK domestic supply chain “is not experiencing any disruption and there is no impact on our delivery schedule.”

In Wednesday’s letter, local health leaders were told of a four-week reduction in deliveries starting from March 29 and were asked to close all unfilled bookings.

On Wednesday, Business Minister Kwasi Kwarteng said the 50% of UK adults could be vaccinated by the end of the week, claiming a broad acceptance among the population that the jab is safe and effective has aided a successful rollout.