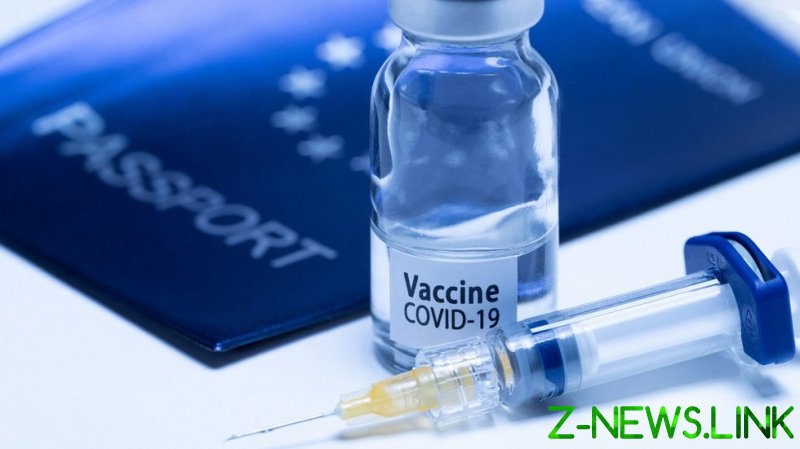 The UK’s confusing vaccine rollout – regarding who must get vaccinated to do their job, who needs a shot to travel, and other movement-related controls – has the EHRC concerned the system’s creators could be hauled into court and charged with creating “unlawful, unintentional discrimination,” according to documents obtained by the Guardian on Wednesday.

The EHRC specifically frowned on the “no jab, no job” model some employers and politicians have suggested for those returning to the workplace. The human rights body insisted that all British children should be offered the jab first before companies could be permitted to hire new employees on a mandatory-vax policy. Even that – demanding home care workers tasked with helping the elderly be vaccinated – may be breaking the law, the agency warned.

The agency seemed to have an overall mixed review of the technological tracker, suggesting Covid-status certificates could be a “proportionate way of easing restrictions,” and citing the draconian restrictions under which Brits had been living for the better part of a year as a good motivator for citizens to run out and get vaccinated under the impression they would be allowed to go back to “normal” life (something that has noticeably not happened across the pond in the US).

However, they hinted that letting everyone loose at once might have a negative effect for the same reason, perhaps considering other parts of the world where the end of quarantine was immediately met with a return to parties and gatherings. Additionally, the EHRC warned groups that had not received many vaccinations, like migrants, minorities and the poor, might lose out on access to government services and employment due to their unvaccinated status.

Despite the recommendations, Health Secretary Matt Hancock was still arguing for mandatory Covid-19 vaccinations for care home workers, insisting that staff needed to be at least 90% vaccinated to ensure no outbreaks of the virus. However, Hancock’s predictions have been shockingly wrong in recent cases, generally falling on the side of the authorities, and many Brits have lost patience with him – particularly on Wednesday, when it emerged that roughly a quarter of “Covid-19 deaths” reported in England and Wales were actually people dying ‘with’ the coronavirus rather than ‘from’ it.

While such overinflated figures necessarily make it difficult to hunt down real-life trends, the UK would also seem to have seen its number of Covid-19 cases drop the furthest from its peak levels, plummeting 97% since the summer.

Healthcare workers have proven surprisingly unlikely to get the vaccine, thanks to widely publicized incidents and rumors of side effects. The UK has given emergency authorization to Moderna, Pfizer, and its homegrown – but exceedingly problematic – AstraZeneca jabs thus far.

Others merely recall the devastation the “first wave” wrought on the country’s nursing homes last year. Figures like Hancock and Scientific Advisory Group member Professor Neil Ferguson have not helped build confidence in the UK’s NHS, having repeatedly insisted on their recommendations being followed – despite not necessarily following them themselves. Ferguson, in particular, snuck off to visit his mistress while the rest of the country was on a lockdown he had personally ordered.