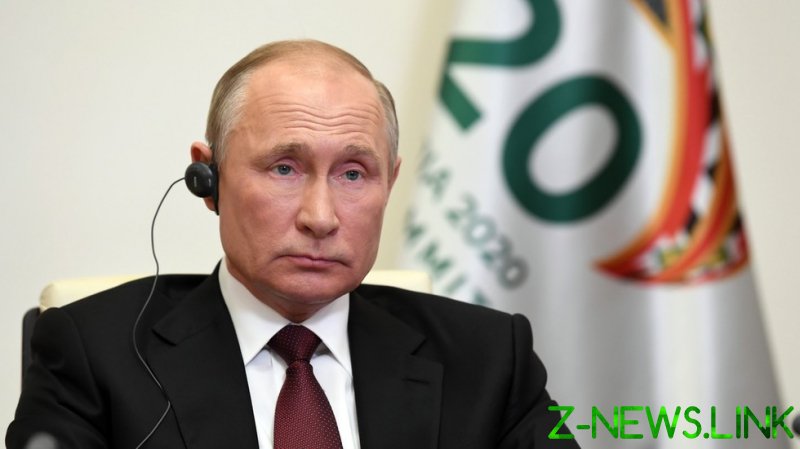 Speaking at the virtual G20 summit of international leaders on Saturday, Putin warned that, “despite some positive signals, the main risk is still the so-called stagnant mass unemployment with a subsequent increase in poverty and social disorder.”

“The coronavirus epidemic, the global lockdown and the freezing of economic activity launched a systemic economic crisis, which the modern world has not known since the Great Depression,” he added.

Putin also lavished praise on the “massive contribution” of the US, which, along with other countries, has joined together to “create a stimulus package for the world economy to the tune of $12 trillion.” Mainly put forward by large economies, including Russia’s, the stimulus is thought to have played a role in buoying fragile world markets.

On Friday, the Russian leader used the Asia-Pacific Economic Cooperation summit to warn that world GDP could shrink by as much as 4.4 percent. Although estimates suggest Russia will perform better than that average, Putin warned of an alarming decline in industrial production and rising numbers of people risking falling below the poverty line.

The president also appeared to take aim at sanctions and trade barriers being levied against countries, including Russia, at a time when economic conditions are as challenging as ever. “There is an escalation of economic contradictions among the leading players in the market,” Putin said. Earlier this week he used the BRICS summit to call for economic penalties to be lifted, particularly for poorer countries that had been hit hard by the pandemic.