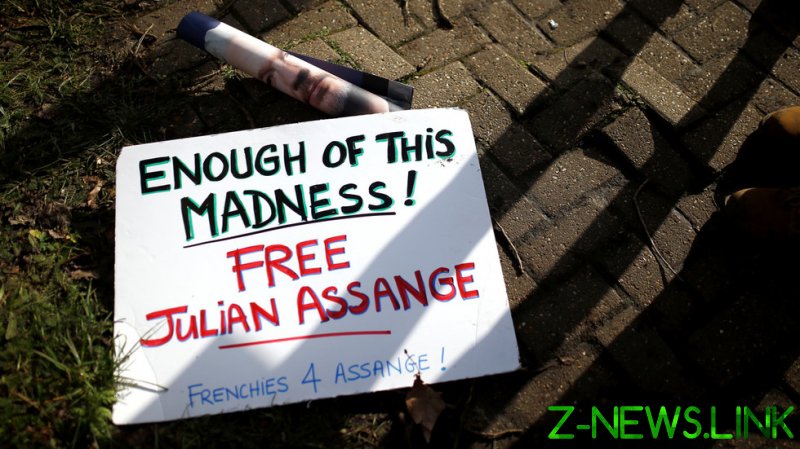 “We’ve introduced further safety measures following a number of positive cases,” a spokesperson for Her Majesty’s Prison Service confirmed to British media on Wednesday, amid reports that three inmates at House Block 1 at Belmarsh have tested positive for the virus.

Assange has been held at the high-security prison in southeast London since his April 2019 arrest at the Ecuadorian embassy.

All inmates and staff are to be tested for the virus following the outbreak, according to a letter from the prison governor quoted by Assange’s press representatives. Additionally, all showers have been prohibited, all exercise stopped, and meals are being delivered directly to the cells.

“I am extremely worried about Julian,” Morris, who has two children with Assange, said in a statement quoted by multiple media outlets. “Julian’s doctors say that he is vulnerable to the effects of the virus.”

“But it’s not just Covid,” she added. “Every day that passes is a serious risk to Julian. Belmarsh is an extremely dangerous environment where murders and suicides are commonplace. Julian is one of the most widely recognised press freedom and government accountability advocates alive.”

Though his jail sentence for skipping bail in 2012 has long been served, British authorities have refused to release Assange even with the dangers of the pandemic. The US is seeking his extradition over WikiLeaks publishing classified documents in 2010, which could see him imprisoned for 145 years.

Assange is already in poor health, having spent almost eight years inside the Ecuadorian embassy where he sought asylum following trumped-up claims of sexual assault that he correctly guessed were a pretext for his extradition to the US.

British Ministry of Justice has revealed that 32 people have died of Covid-19 in UK prisons so far, and at least 1,529 have been infected by the end of October.