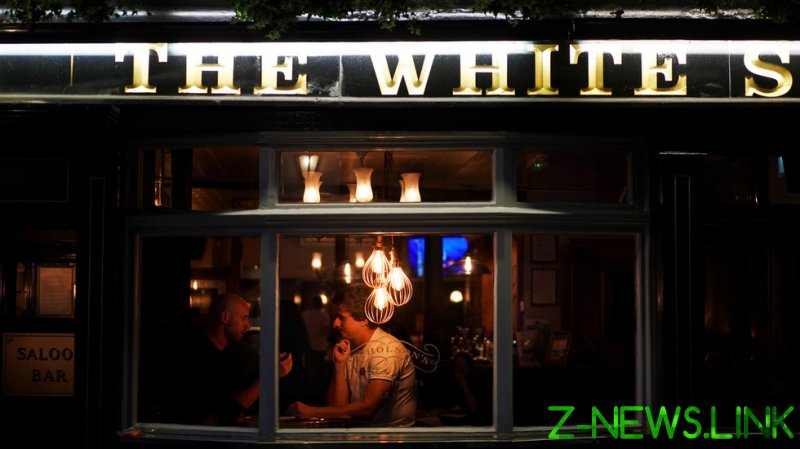 Pubs, bars and restaurants in England will be forced to close their doors by 10pm starting from Thursday, UK media reported. Prime Minister Boris Johnson is expected to announce the new rule in parliament on Tuesday evening, along with other additional measures to fight Covid-19.

Britain’s coronavirus alert level was recently upgraded from three to four (out of five), with medical officials warning that the cases are “rising rapidly and probably exponentially.”

However, the idea of making pubs close early was met with disbelief and ridicule online.

“Can someone please explain to me the logic of the 10pm curfew: is there a higher rate of infection after 9.59?” one person wrote on Twitter.

People argued on social media that the curfew would be useless because patrons would either “get drunk faster before the pubs close,” or go out earlier and buy more drinks to “compensate for the reduced hours.”

Some, on the other hand, insisted that the new restrictions would be effective if “policed properly.””By limiting the amount of drinking time available should reduce the amount of people getting drunk,” one person noted.

Others said that the government was forced to consider the curfew only after people had failed to wear masks and follow existing social distancing rules. “Count your lucky stars that the pubs aren’t being closed entirely because that will be next if people don’t comply to the rules,” one Twitter user stated.

To tackle the alarming rise in daily Covid-19 cases, the government delayed the next step of easing the quarantine rules in late July and introduced tougher regulations on mass gatherings earlier this month.