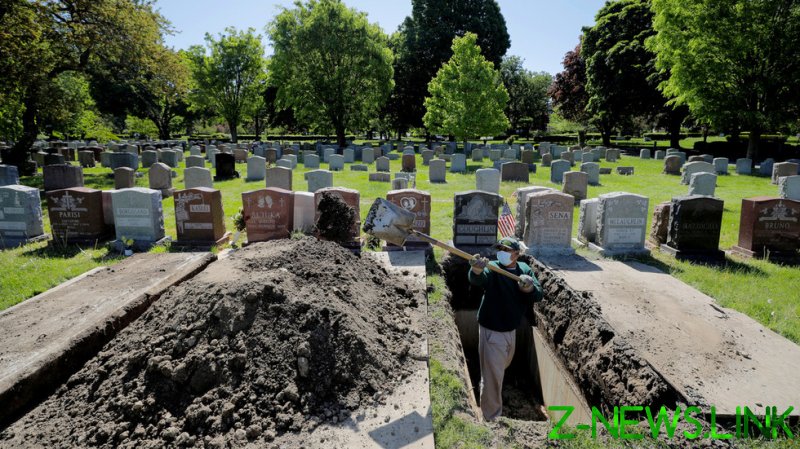 Infecting more than 33 million since first emerging in the Chinese city of Wuhan last December, the global Covid-19 death toll surpassed the one-million mark on Monday night, according to data gathered by Johns Hopkins University.

The news was met with a mournful statement from the International Federation of Red Cross and Red Crescent Societies (IFRC), which deemed the pandemic “one of the largest humanitarian catastrophes in recent times.”

“Today, we stand in grim solidarity with the hundreds of thousands of families that have lost loved ones,” said Jagan Chapagain, secretary general of the IFRC.

The US continues to report the world’s highest case and fatality numbers, with some 7.1 million infections and over 205,000 deaths. India takes the number-two spot for cases, with more than six million, while Brazil has reported in excess of 142,000 deaths, putting it just behind the States for mortalities.

Europe, meanwhile, is seeing what some have called a “second wave” of the virus, with the UK and France both reporting their highest-ever daily case tallies last week. Both countries had begun to lift sweeping economic shutdowns imposed during the peak of the first surge last spring, but are now considering new containment measures in light of the new spike in cases.

Though the World Health Organization (WHO) has warned that Covid-19’s overall death toll may cross two million by the time vaccines are widely available for much of the global population, efforts to develop immunizations continue in several countries, including the US, the UK, Australia and China. Russia became the first nation to debut an inoculation against the deadly pathogen in August, dubbed ‘Sputnik V.’ According to the Russian Health Ministry, the new jab has been given to more than 5,000 volunteers with no reports of serious side effects. The final phase of trials for Sputnik V will see some 40,000 Muscovites vaccinated.