Home / WORLD / Covid-19 could cause strokes among young & healthy people, including in asymptomatic cases – study

Covid-19 could cause strokes among young & healthy people, including in asymptomatic cases – study 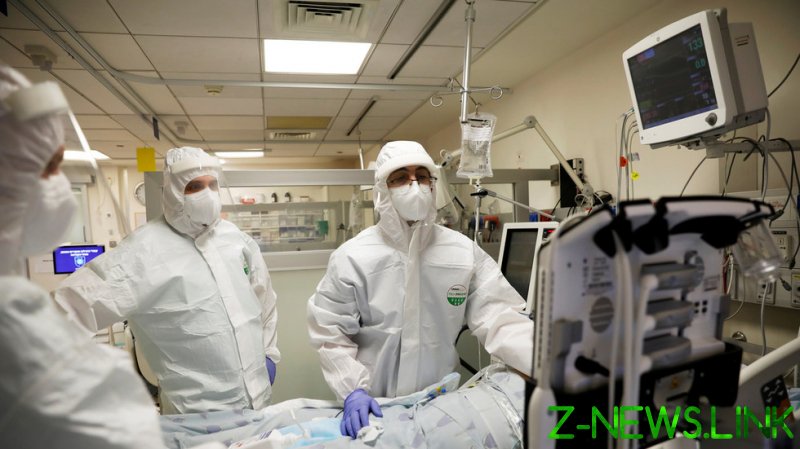 One in four post-Covid stroke patients is younger than 55, according to the comprehensive international study published in the peer-reviewed journal Stroke. This is considered unusually high, given that normally only between 10% and 15% of stroke patients are aged between 18 and 50.

More alarmingly, the researchers say that Covid-19 could trigger a stroke in people who would normally be extremely low risk for having one.

“Many patients, especially the younger ones, did not present any traditional risk factor for strokes, such as high blood pressure, high cholesterol, diabetes, heart problems and so on,” said Hebrew University Professor Ronen Leker, one of almost 90 co-authors of the study.

The data show a “connection between the coronavirus and strokes in younger patients, as a result of blockages in larger blood vessels,” Leker told Israeli media. Even patients who had Covid-19 in a mild or asymptomatic form are not shielded from potentially dire consequences, researchers say.

In fact, the study, published on April 21, showed that almost 38% of those who had a stroke soon after recovering from Covid-19 did not even know they had the disease. They had no recognizable symptoms of the novel coronavirus, such as cough, fever or shortness of breath. The fact that they had Covid-19 only came to light after they were tested in hospitals, where they were admitted with a stroke.

In total, the study’s authors analyzed data on 432 patients provided by 136 different medical centers in 32 countries.

Patients in the study experienced acute ischemic stroke, intracranial hemorrhage, and cerebral venous or sinus thrombosis. At least 71 medical centers also reported that they had at least one patient who had a stroke during Covid-19 hospitalization or soon after it.

The phenomenon can be explained by the fact that Covid-19 targets various organs in the body, disrupting their normal function and causing blood clots and other complications, Leker said.

“The brain is one of the organs that the coronavirus targets, as well as blood vessels in the brain,” he explained, adding that the disease could also lead to an irregular heart rhythm and the migration of blood clots to the brain.

The study has sparked concerns among Israel’s medical community. Cyrille Cohen, an immunologist and professor at the Bar Ilan University, called the study’s results “extremely worrying.”

“These data make it clear that young people, who aren’t always considered ‘at risk’ of coronavirus, are vulnerable to strokes and other effects of the virus, immediate and longer term,” Cohen told the Times of Israel.

Leker called on hospitals to check a potential link between a stroke and Covid-19 in all suspicious cases.

“Going forward, we recommend performing COVID testing on all younger patients with strokes, particularly those with no known pre-existing conditions,” he said.

The study comes a week after other research showed that strokes are less common among people critically ill with Covid-19.

A preliminary study presented in mid-April showed that a mere 2% of people admitted to intensive care units experienced a stroke during their stay. The researchers analyzed data on almost 2,700 patients from 52 countries treated in ICUs between January 1 and December 21, 2020.

“Stroke has been a known serious complication of COVID-19 with some studies reporting a higher-than-expected occurrence, especially in young people,” said study author Jonathon Fanning, who works at the University of Queensland in Brisbane, Australia.

“However, among the sickest of patients, those admitted to an ICU, our research found that stroke was not a common complication and that a stroke from a blood clot did not increase the risk of death.”

Tags among cause could covid healthy strokes young