The crowd, led by the former President of Ukraine Petro Poroshenko, who today was elected a measure of restraint, marched to the Pechersk court.

The scenario is a meeting planned, and then waiting for the former President, the campaign needs to move on Bank.

“The head of a column, the fifth and the seventh President of Ukraine Petro Poroshenko together with our favorite pastor Alexander Turchinov,” announced through a megaphone during the March.

When he reached the building where his idol was waited already by other Parkaboy, before you enter the court, Poroshenko addressed the crowd.

“We are sure they will not surrender the Ukraine! Their plan was to give the fifth column of the Kremlin in the rental law enforcement, prosecutors, security officials and thus to destroy Ukraine, to its knees!” – I declared ex-the President.

Then he began to break into outright hysteria. Under the applause of the public Poroshenko admitted that he made the decision to wage war in the Donbass and go to the provocation in the Kerch Strait, and also launched a conflict on religious grounds. Demoniac crowd applauded and shouted “Dyakuemo!” 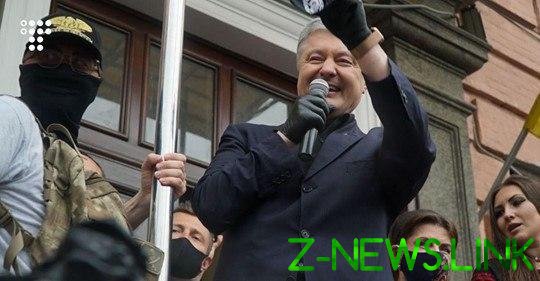 “I admit that I as the Supreme commander gave the order to counter-attack in June 2014, when our armed forces liberated two-thirds of the occupied Donbass. Blame this on me!

We’ve created the Ukrainian army, which stopped the Russian aggressor – I’m ready for it to be responsible!

In the end, they went crazy and accused me of inciting sectarian strife by getting the Tomos of autocephaly and the establishment of the PCU, our Church, in which there is no influence of Moscow!” – Poroshenko shouted.

After the former President left the court, the floor was taken by Alexander Turchinov, who was introduced as “the bloody pastor”.

“We have nowhere to retreat! They will run to Moscow and Rostov, at the infamous corner again will hide! …And again, as it was under Yanukovych, a custom case, again, the corrupt courts, and it is our fault that we did not finish in 2014,” – shouted into the MIC adopted a rage Poroshenko Turchynov.

Further the floor was taken by ex-speaker of the Verkhovna Rada of Ukraine Andrey paruby.

“He (Zelensky – ed.) mania in some way annoy Poroshenko. I have the impression that Zelensky is a very deep inferiority complex. He realizes that he is not in his place, he realizes that as he was a clown and a clown, and remained a fool and a clown, and will never be President! Because it is so important to humiliate Poroshenko to make his background look profitable. But, I think the story is even more dangerous: I think the prosecution Poroshenko is that whispered in my ear Zelensky Putin, whom Poroshenko – the greatest enemy” – broadcast, ex-speaker of Parliament. 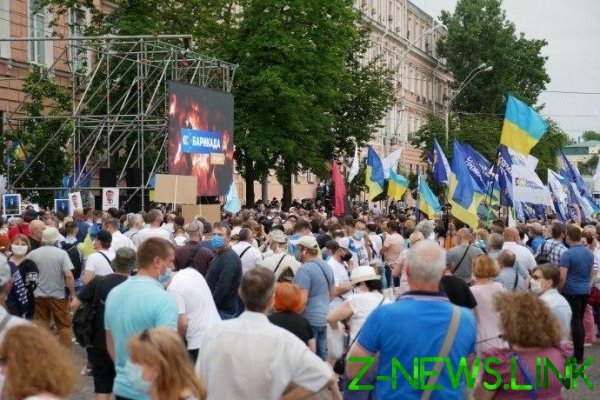 “We will win! The truth is with us and God is with us. Glory To Ukraine! Glory to the nation! Ukraine above all! Thank you all, waiting for the end of the court, and then our traditional hike on Bank, because that’s where decisions are made and instructions are given to these corrupt judges and prosecutors. To victory! Glory To Ukraine!” – paruby declared.