‘Country boys’ who respect tribal ways: UK army chief calls on countries to give Taliban ‘space to show their credentials’ 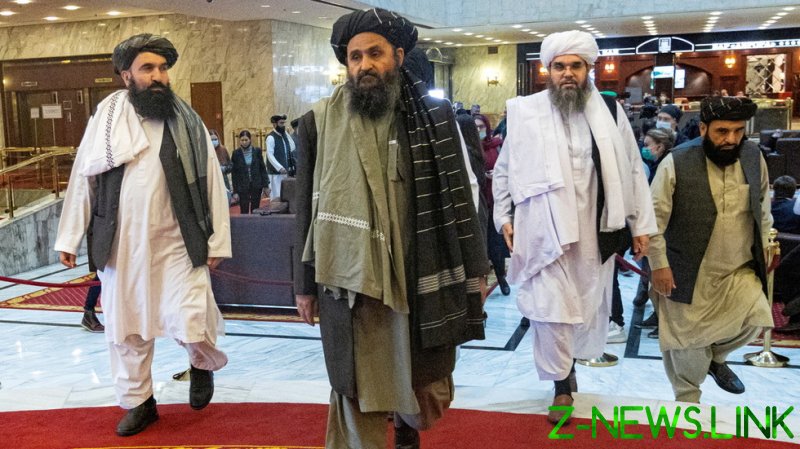 General Sir Nick Carter, who leads the British armed forces, issued his assessment on Wednesday after speaking to former Afghan president Hamid Karzai, who is set to meet with the Taliban imminently.

“It may well be a Taliban that is more reasonable,” Carter stated, adding that his assessment is that the group is “less repressive” than in the past, pointing to “the way it is governing Kabul at the moment.” Describing the leadership of the group, Carter called the Taliban “country boys” who respect the traditional “Pashtunwali” tribal way of life, as well as the code of conduct held by that group.

The high-ranking military figure indicated that the Taliban has learned from its past regime and is set to take a more moderate approach, as its members do not “want to become international pariahs again.”

Citing the ongoing evacuation of UK personnel and refugees from Afghanistan, Carter said the British Army is “cooperating with the Taliban on the ground” and, in the short time since Kabul fell, they have formed “a very straightforward relationship.”

The senior UK military figure’s assessment comes after the Taliban held its first press conference since seizing control of the Afghan capital Kabul. Addressing reporters globally, the Taliban called on the world to trust that the group would implement law and order in the country, rather than return to the rule seen when it previously controlled Afghanistan. Taliban spokesperson Zabihullah Mujahid pledged to ensure the security of foreign embassies and aid organizations, as well as to protect the rights of women under the laws of Sharia.

Despite the UK military chief’s suggestion that the Taliban has changed, some parts of Afghanistan have already reported regressing to a situation similar to the group’s previous administration. In areas that were captured by the militant group, women were sent home from their jobs and told to send male relatives to replace them, while adverts depicting women have been covered up in some cities, raising concerns about women’s rights in a Taliban-controlled Afghanistan. Human rights groups have also warned that thousands of citizens in the country are at risk of reprisals for supporting the ousted government or NATO forces in opposing the Taliban, sparking an evacuation of interpreters who aided the US and UK armies, as well as their families.