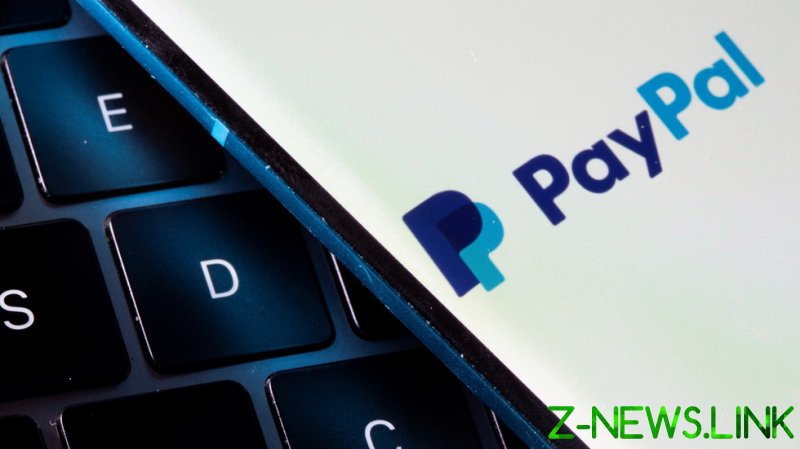 The ADL and PayPal have banded together to “fight extremism and hate” by limiting users’ ability to donate money using the popular online payment processor, the advocacy group said on Monday.

“PayPal and ADL will focus on further uncovering and disrupting the financial pipelines that support extremist and hate movements,” the group said, adding that they would also go after “actors and networks spreading and profiting from all forms of hate and bigotry against any community.”

The pair also “launched a research effort” to figure out how “extremist and hate movements throughout the US are attempting to leverage financial platforms to fund criminal activity.” Such valuable information, they said, will be shared with law enforcement, the banking industry and policymakers.

However, the ADL has faced criticism in the past for finding hate virtually everywhere. One of the most recent examples of such fervor came in response to an article published in Canada’s National Post, which was denounced by the ADL because its author mentioned that one of the 32 US lawmakers supporting a tax reform belonged to a Jewish fraternity. The group also argued that the GameStop stock trading bonanza helped to fan conspiracy theories about Jews.

The group partnered with social-justice organizations at the height of the George Floyd riots to pressure big-dollar Facebook advertisers to suspend their ads on the platform as part of ‘Stop Hate for Profit’ campaign.

The social media behemoth had a tearful reunion with some its advertisers shortly after it promised to submit to an “independent, third-party audit” alongside a chunk of speech-straining new rules, and CEO Mark Zuckerberg has admitted in congressional testimony that his platform suppresses nearly all so-called “hate speech” before it’s seen by a single human eyeball. That means algorithms not known for their affinity for humor and the subtleties of language are actually doing the job of determining what is allowed on the site, which for many people constitutes a gateway to the internet.

That, presumably, is why PayPal users to the right and left of the mainstream are concerned. Some of them took to social media to warn that its anti-hate drive could become tantamount to a “social credit score.”

Conservative journalist Jack Posobiec noted the general trend towards more Big Tech censorship, adding that both the Democratic and the Republican Parties seem to be on board, as the latter had “done nothing to prevent this from coming.” Another commenter observed that nobody ever voted to hand the ADL such power.

Some claimed that they had already lost their PayPal accounts for having the “wrong” ideology, arguing that ADL’s censorship is about marginalizing certain political views.

Caught between a rock and a hard place – or a censor-happy “anti-hate” group and an overzealous algorithm – many fear they fell victim to “financial censorship.” In typical Big Tech fashion, PayPal has made itself the only game in town in terms of online payment processors, aside from Patreon, which has also been knocking off big names for what the victims insist are spurious accusations of terms of service violations.

White House spokeswoman Jen Psaki has suggested that an acceleration of such deplatforming could be in the cards, pointing to the harms supposedly caused by anti-vaccine misinformation while demanding that users banned from Facebook should also be removed from Twitter and other tech platforms.