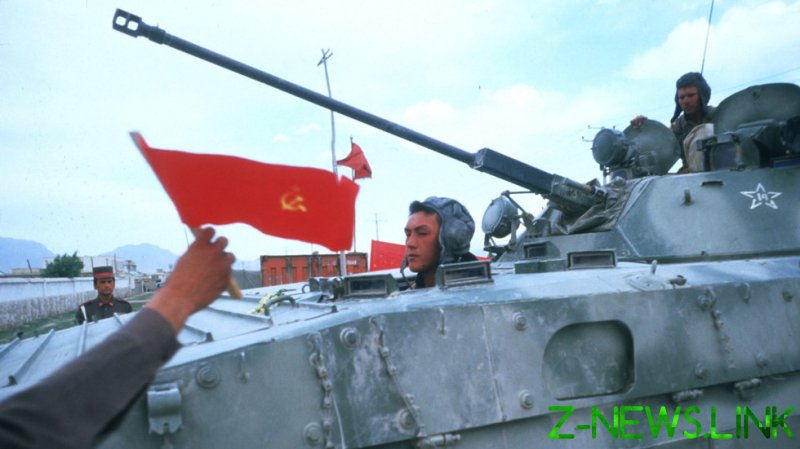 Speculation has run high in Western capitals in recent weeks that a Russian invasion of Ukraine could trigger a ‘guerrilla war’ with US-made weapons, creating an Afghanistan-like quagmire for President Vladimir Putin.

In reality, though, should such apocalyptic events ever transpire, an anti-Russian insurgency seems unlikely for a range of reasons – the primary one being that we live in a time when fewer and fewer people seem willing to take up arms.

The end of the age of heroes

A year ago, I wrote a piece arguing that individuals in modern post-industrial societies, be it the US, Russia, or Ukraine, increasingly shirk violence. Some may be brave and aggressive in virtual reality, but almost all become surprisingly meek when it comes to real-life, kinetic violence. One reason for this timidity is demography. Young males, driven by hormones and easily ignited by political or religious ideologies, have always been the main force fueling wars, revolutions, and insurgencies. Yet, due to society ageing, there are few youngsters left in developed nations. Similar to the rest of Europe, Ukraine is a nation that is getting older, with the median age standing at around 41.

The recent events in Belarus, Hong Kong, Russia, and the United States, where authorities swiftly put down political protests, have demonstrated that even those relatively few young men left are not willing to risk their personal safety if they are confronted with brute force. The police violence inflicted by the government of Alexander Lukashenko against protesters on the streets of Minsk was not even particularly brutal or bloody by historical standards. Still, even that moderate repression was enough to quell the Belarusian urbanites. If young men were not prepared to fight to the end against Lukashenko, why should one expect their neighbors in Ukraine to mount a life-and-death struggle against Putin? 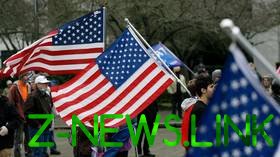 It is utterly naive to hope, as many in the West do, that Ukraine will become “another Afghanistan or Chechnya” for Russia. Ukraine is no Afghanistan if only because modern Ukrainians are neither Pashtuns nor Chechens, who remain warrior societies. And even restive Chechnya was successfully pacified by Moscow two decades ago. Ironically, the Chechen ruler Ramzan Kadyrov has even asked permission from his overlord Putin to annex Kiev for the Kremlin.

The war in the former Yugoslavia in the 1990s was the most recent major military conflict in Europe. The superior military force of NATO quickly defeated the Serbs and imposed its will on Belgrade. For all the Serbian nationalism, no Serb insurgency in the Balkans followed this. It is worth noting that in many socio-cultural aspects the Serbs resemble the Ukrainians. And I wonder if the Russian military planners have studied NATO’s experience in the Balkans to potentially apply it in Ukraine.

Another illustrative recent case in Europe is Catalonia. Madrid only had to use a relatively modest level of police coercion in the streets, as well as jailing a few Catalan leaders, to defeat the separatist movement in Spain’s wealthiest region. The Catalans might aspire to a sovereign state of their own, but they are not even remotely ready to make the painful sacrifices that a struggle for independence requires.

Guerrilla warfare and insurgencies demand heroes willing to risk their lives for a cause. A nation must be ready to pay the price in human blood. But the age of heroism is over in Europe – and it is over in other developed, post-modern, low-birth-rate societies, whether they’re in North America or East Asia.

Unlike the Afghan mujahideen or Yemen’s Houthis, contemporary Ukrainians already belong to the post-modern world. Ukraine recognized defeat in the 2014-15 war in Donbas within several months. It was not only due to the inferiority of the Ukrainian army. It was also about the level of acceptance of human losses: even a few thousand combat deaths proved unbearable for the Ukrainian society.

Is insurgency possible in a digital reality?

The level of digitalization of modern life is another factor that minimizes the risk of an insurgency. One of the first things Russian forces would probably do in Ukraine is establish control over the cell networks and internet providers. Once you control the digital infrastructure, you basically control the people of a modern society. If extra-terrestrial aliens ever decide to conquer a post-industrial nation, they may only need to overtake its telecoms and electronic networks. 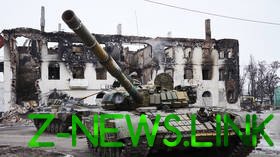 It might be possible to wage an insurgency in the virtual reality of the film ‘The Matrix’. It is, however, much harder to organize a large-scale resistance movement in a real-world post-industrial environment, where individuals totally depend on mobile phones and internet access while almost every square meter is monitored by surveillance cameras. Just ask the Chinese (and the Americans) about the viability of anti-government protests in a highly wired, highly surveilled society. The Russian government is not far behind in terms of sophisticated electronic technologies of control over individuals. And where the Russians do lag behind, the Chinese might be willing to extend a helping hand.

Around 24% of respondents in one recent poll in Ukraine reportedly said they would resist Russian occupation “with a weapon in hand.” Given that Ukraine’s population currently stands at around 30 million, this means a few million civilians-turned-combatants would confront the Russian forces. But how credible is it? Respondents in such polls tend to give socially approved answers. And defending your homeland is what everyone is supposed to do. However, reports from Ukraine’s conscription centers tell a different story. Even in the face of the “Russian threat,” Ukrainian boys are not eager to do their compulsory military service. They are even less enthusiastic about serving on the frontline in the east. 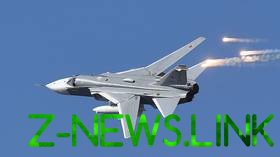 Rather than being energized and mobilized by the threat from Russia, the Ukrainian society looks largely apathetic. It seems like many Ukrainians just don’t care anymore. The apathy can be partially explained by the effect of Covid-19. Post-pandemic Ukraine is a fatigued and debilitated society. In this respect it is not much different from neighboring Russia and most European countries. A more important factor could be the disillusionment of many Ukrainians in their country’s politics and their political leaders. The Maidan-era euphoria is long gone.

If (and this is a very big IF) Putin does invade Ukraine, only a tiny fraction of the population in eastern and southern Ukraine – the areas with a high proportion of Russian-speakers – would be actually prepared to actively resist the Russian forces. And they stand no chance against the Russian army and special forces. Emigration, rather than fighting, would be the most likely scenario for those who refuse to accept a new reality. A few hundred thousand people might leave Russian-controlled parts of Ukraine. An absolute majority of the Ukrainians in Russian-occupied areas would remain passive and would do nothing to defend the cause of Ukrainian nationalistic democracy. And there will be quite a few who would enthusiastically collaborate with Russian-installed authorities. Western Ukraine, which is far more nationalistic and anti-Russian, might be a different story. But Russia is unlikely to move into western Ukraine anyway.

Sitting in comfortable offices in Washington, London, and Warsaw, some people may have their wet dreams about fighting Russia to the very last Ukrainian. These dreams are unlikely to come true. There are many serious risks for Moscow if it launches a massive military operation in Ukraine. But a guerrilla war and insurgency are not among them.