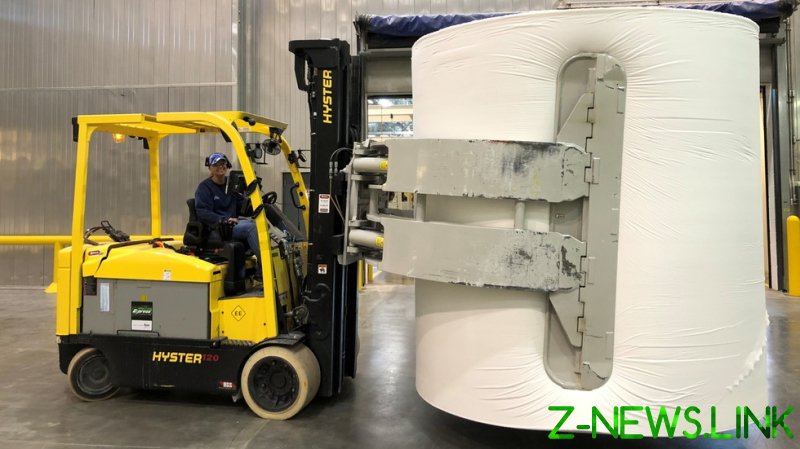 Costco – which operates more than 500 big-box retail stores across the US and 200-plus abroad – announced the upcoming buying limits during an earnings call on Thursday, according to a transcript obtained by AlphaStreet. Leading the call, chief financial officer (CFO) Richard  Galanti outlined a number of pressures on supply chains and noted an uptick in demand due to the pandemic.

The CFO did not say exactly when the limits would be reintroduced – with Costco having previously limited purchases for certain goods in the early days of Covid-19.

Illustrating the reasons for some shortages, Galanti cited the example of one cleaning supply company that’s struggled to keep items on the shelves, saying it faces different problems now than it did in 2020.

“A year ago there was a shortage of merchandise, now they’ve got plenty of merchandise, but there’s two to three-week delays on getting it delivered because there’s a limit on short-term changes to trucking and delivery needs of the supplier,” he said.

The CFO also observed that major shortages in computer chips are still “impacting many items,” including tablets, video games and major appliances, suggesting those problems “will likely extend into 2022.”

The revived buying limits come after countless companies imposed similar rules last year as the pandemic got underway, leaving store shelves stripped of certain essentials – perhaps chief among them: toilet paper. Though retailers have bounced back somewhat since the initial phase of panic-buying, in March, the CEO of a Brazilian wood pulp producer warned that another global TP-shortage could be around the corner, arguing that a lack of shipping containers could produce a severe bottleneck for distribution.

Fears of fuel shortages in the UK have also driven a spate of panic-buying in recent days, seeing long lines of cars pile up at gas stations across the country on Friday. Some petrol stations were even forced to close their doors after running out of fuel entirely, while others imposed buying limits. The UK’s Transport Secretary Grant Shapps has insisted the issues are logistical and that the country had “plenty” of gasoline, claiming the real shortage was in truck drivers rather than fuel itself.