Home / Society / Cossacks under the manual control of Putin

Cossacks under the manual control of Putin 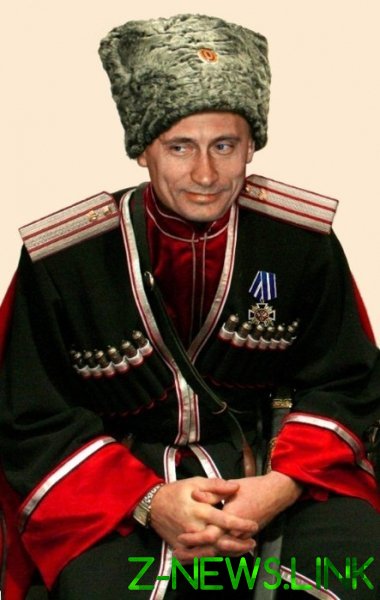 For all the years of the so-called revival of the Cossacks, the Cossacks could not revive or anything worthwhile, rushing from the extreme of the extreme.

Registered Cossacks almost turned into fiction, are not registered mostly become an appendage of the registry.

In order to prevent the final slide of the Cossacks in the white Cossack and separaticheskih side, the President decided to take the reins into their own hands and to wear a Cossack hat.

At the moment, the only alternative to all this yavlyaeetsya registry Rovisco Cossack, under the command of General malanina and the Council of Atamans of Russia with the Cossack Service of Counterintelligence under the leadership of General FSK Gennady Kovalev.

Pending their ataman of the newly created all-Russian Cossack Army is not supported by the greater part of the Cossacks, is likely to become a regular nominal structure which has a larger volume will suck the money from the budget.

The reason for this plozheniya of the Cossacks in that it has new leaders. The appointment of a leader from among Negomedzyanov security forces and officials, or anything but smiles from the Cossacks is.

Former leaders – deeply retirement age, anxious to chieftains young leaders, not having a proper education and Outlook is more similar to fringe than atmans – not able not to lead hundreds in battle, but simply to organize the life of his Cossacks in civilian life.

Analysts believe that at the moment there is still a chance to keep the Cossacks from the spread and collapse, only need to send a check in all registry structure of staff of Prosecutor’s office and the Investigative Committee.