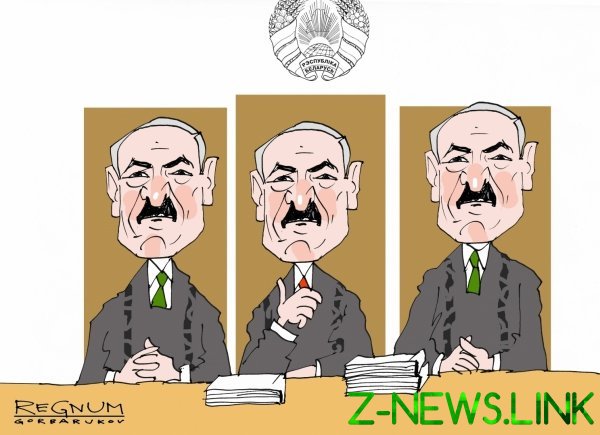 The Minsk city court with a speech in the debate was made by the state prosecutors. They noted that the organizations subordinated to the Ministry of health, 12 years, there was a corruption scheme: “corruption had permeated the whole vertical”, bribes were taken by those who should prevent such crimes, and the givers are not afraid to be rebuked, transferred money for granted. Ex-Director of the Center for expertise and testing of Alexander Stolyarov, the state Prosecutor asked for 7 years of imprisonment, the former General Director of “Belpharmatsia” Vyacheslav Gnitio — 6 years in a strict regime colony, businessman Sergei Shakutin — 3 years. The part of the givers prosecutors are asking to punish by fines and restriction of freedom. 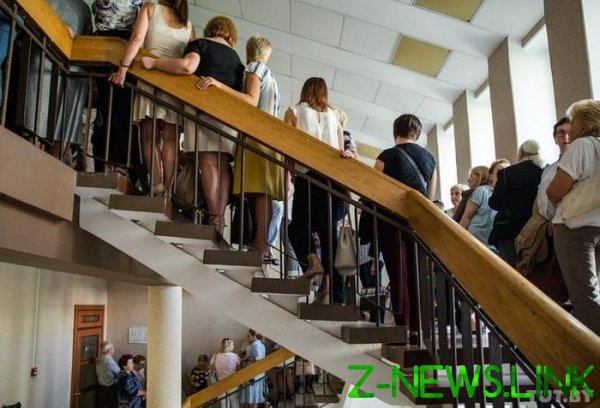 Alexander Stolyarov before the arrest, he headed the Centre of expertise and testing in health care. He is charged in all parts of article 430 of the criminal code — bribery. The guilt, the former Director agreed in part, some episodes do not agree with the amounts which is imposed. The public prosecutors are asked not only to sentence him to 7 years of imprisonment in colony with a reinforced regime, but also to recover from it illegally obtained income equivalent to 41 050 dollars.

Money Stolyarov, according to the investigation, received from business representatives for testing of medical devices and registration of drugs, and the money handed directly to the office Manager. For example, the accused in bribery, the founder of “GEOL-M” Vladimir Ladutko put the envelope with the money in the closet in the office carpenter. At that time in the chief’s office was already installed covert surveillance. 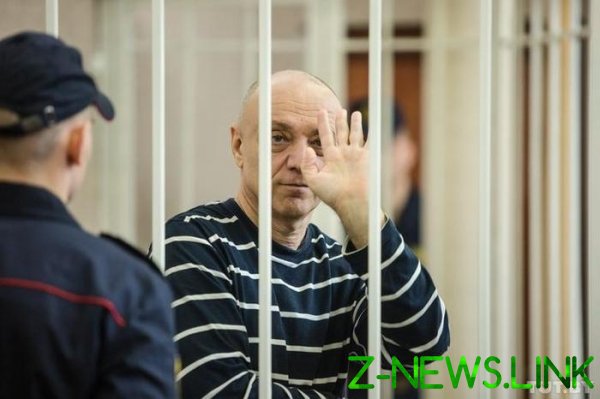 However, since may of 2018 Alexander Stolyarov had broad discretion, since by then dozens of doctors detained on suspicion of corruption.

According to the indictment, the businessman Sergei Shakutin gave him the money is not in the office, and near the house of the Director of the Center, and both parties at this moment the mobile phone. Shakutin, by the way, neither this episode nor the other does not recognize. The Prosecutor said that soon after the arrest of Sergei Shakutin said that it has handed over 1 thousand dollars Stolyarov, that he bought for him the medicine.

He later these testimonies were not supported and refused to answer questions during the preliminary investigation. The state prosecution insists that the fault Shakutin in all episodes of proven (according to the indictment, he also gave bribes to the former General Director of “Belpharmatsia” Vyacheslav Gnitio), and asked to appoint to it punishment in the form of 3 years imprisonment in a strict regime colony. 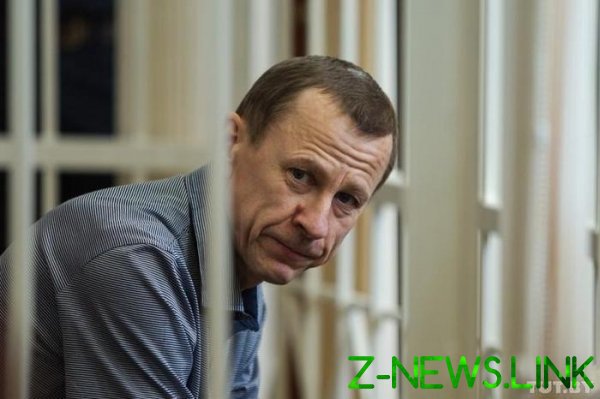 See also:  The volunteer told the whole truth about the content of prisoners of Ukrainians in the basement of "L/DNR"

Prosecutors have drawn attention to the systemic corruption that has allowed a lot of years to exist the criminal scheme: the registration took place is unreasonably long, the companies ‘ representatives have repeatedly asked with repeated requests for the registration of medicines or medical equipment, often the comments that were received by the representatives of the company were false and unfounded, demanding additional documents, and this again delayed the timing. By the way, bribes were given not only for registration, but even for the coordination of advertising.

Another key defendant in a criminal case — eks-the Director “of Belfarmacia” Vyacheslav Gnity, which, as it turned out at the trial, kept in the attic of 90 thousand dollars, crime has received about 50 thousand. The defendant completely admitted the guilt, repented sincerely and entered into a pretrial agreement. To him, the state Prosecutor asked for 6 years in a strict regime colony. For the position of Director of “Belpharmatsia” was appointed in June 2016, three years was arrested by the KGB. According to the indictment, bribes were received for the organization of the priority calculations with commercial structures, as well as for selecting the “right” suppliers of medical products. 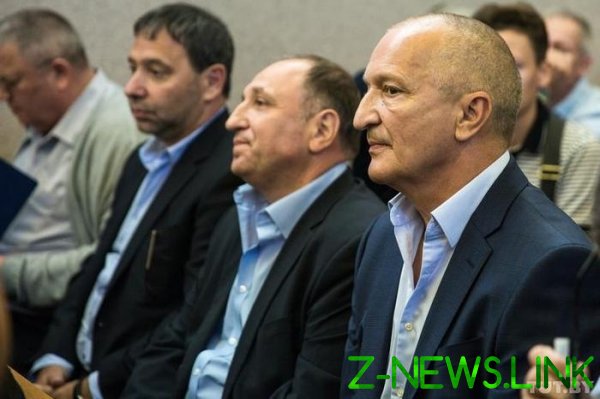 Businessmen Leonid Tomchin and Roman Altshuler during the trial at large, the Prosecutor asked to sentence them to five years of “chemistry”

Thus, the indictment included businessmen, heads of the “Pharmacy group” Leonid Tomchin and Roman Altshuler, who, according to the investigation, in the amount transferred to Gnitio 17 thousand dollars. However, Tomchin and Altschuler insist that they acted separately, do not recognize the charges in a criminal conspiracy. Mr Tomchin insists that because he wrote a confession, some episodes should be held as a witness, other episodes should be changed to “lighter” part of article 431. However, prosecutors insist on the original charges, to Altshuler and tomchina they ask for 5 years of imprisonment with a direction in correctional facility of open type (“chemistry”).

Closing remarks by prosecutors was in tune with the original accusation. Prosecutors insist that the fault of each of the 21 defendants is proved completely — the grateful testimony of the defendants themselves, the testimony of witnesses, successfully concluded contracts, the information obtained in the course of operational search activities.

See also:  Yandex figured out how to bypass the lock 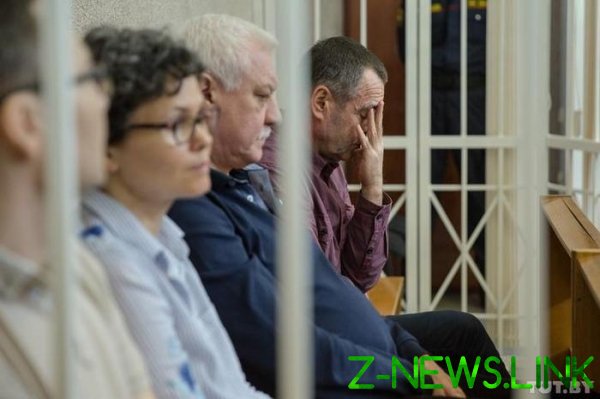 As for the accused in bribery, for the part of the defendants in the state prosecutors asked for a realistic timetable for some restriction of freedom, yet some businesses can get off with fines. Recall that a fully pleaded not guilty only Sergey Shakutin, he is the only businessman who from the moment of detention to the present day in detention. So, the businessman Dmitry Kuznetsov , the state Prosecutor requested 5 years of “home chemistry”, Andrei Potapovich — 4 years of the same punishment. The former marketing Manager of a private firm Inge Shalkevich also 4 years of “home chemistry”. Vladimir Ladutko and Gennady Sobolev — 1 thousand basic amounts fine. Vitaly Musihina (Director, “Liberton”) — 2.5 years of personal restraint with direction in correctional facility of open type. Vladimir Samusenko — 3 years of “chemistry.” The minimum penalty, the Prosecutor asked for a representative of a private company of Maya Naubetova — a fine of 400 b. V., she, according to the indictment, handed a bribe in the amount of 50 Euro (paragraph 1 of article 431 of the criminal code).

The hearing continues ahead of — speech defenders and the last word of the accused.

We will remind, mass court on the “case of doctors” began on 19 August. The accused is charged with two articles of the Criminal code: article 430 (accepting a bribe), article 431 (giving a bribe). Behind bars, seven of the defendants: Director of the Center for examinations and tests in health service, Alexander Stolyarov, Deputy Sergey Zinchenko, head of the medical engineering Centre of examinations and tests in health service, Sergei Lesiovskaya, CEO of trade-production Republican unitary enterprise “belfarmatsiya” Vyacheslav Gnity, Deputy Director General of the Vitebsk trade and production Republican unitary enterprise “pharmacy” Catherine Shnitko, General Director of the Grodno Republican unitary enterprise “pharmacy” Andrey Pike and a businessman, a Director of the company “Iskamed” Sergey Shakutin.

All are accused of receiving bribes, in addition to Shakutin. He is the only businessman in custody. The court found: Sergei Shakutin refused to testify during preliminary investigation, he is ready to appear in court. On the first day of the trial, it came to support brother, a prominent businessman Alexander Shakutin.

The other defendants in the “case of doctors” under house arrest. The Prosecutor announced: Alexander Stolyarov accused of receiving bribes for the sum more than 50 thousand dollars. According to investigators, Sergey Zinchenko received 50 euros and 1300 dollars, Sergey Lesiovskaya — $ 250.
Read more: https://news.tut.by/society/664576.html