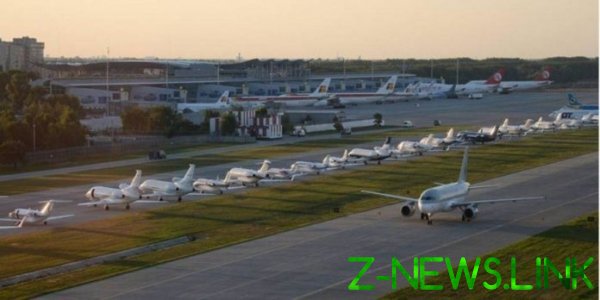 The Ministry of infrastructure has decided to postpone the question of corporatization of Boryspil and stay at the level of implementation of corporate governance at the airport.

The Ministry of infrastructure of Ukraine decided to postpone the corporatisation of the state enterprise Boryspil international airport. This was stated by General Director of the airport, Pavel Ryabikin, reports the online edition of the Chronicle.info with reference to Interfax-Ukraine.

“The final decision of the government on the corporatisation of Borispol not, but at the level of the Ministry of Infrastructure in the course of consultations, which lasted about six months, decided that the question of corporatization aside, and stop at the level of implementation of corporate governance at the airport,” he said.

According to Ryabikina, the issue of the corporatization of today does not have the final solution: the problem is that the main part of the property, and Boryspil airport belongs to the category of property not subject to inclusion in authorized capital and not subject to privatization is, first and foremost, the entire airfield. If you compare the cost of these items that can be transferred to the corporatization, the ratio is about three to one, said the General Director of the airport.

He stressed that in theory this can be solved by a separate law, it was done according to Ukrzaliznytsia, or to implement elements of corporate governance, but still retain the status of state-owned enterprises.

“Corporatization with such a large amount of property that is not within the enterprise, will cause the need to create two companies, one of which will be to manage the portion of assets that cannot be privatized, and the second terminals. In the future it can create problems, for example, involving loans of European financial institutions” — said the General Director of the airport.

At the same time, he stressed that such a body as the Supervisory Board — very necessary to the enterprise.

“The story of the dividends (increasing payments of the airport from 40% to 90% of net profit, — ed.) has necessitated the writing of letters to the Ministry of Finance with a request to revise a specified rate and leave the conditions that existed on the date of approval of the financial plan of the enterprise. The answer was, “who formed the Supervisory Board, if the Supervisory Board is to approve the Finance Ministry will reconsider the new rules”. Because we really really look forward to working with the Supervisory Board, because it should reduce the distance between the celestials of the government and of us as people working on the land,” — said Pavel Ryabikin.

He also noted that the Supervisory Board needs to go through the part of functions on management of property of the airport, which are now being implemented the Ministry of Infrastructure.