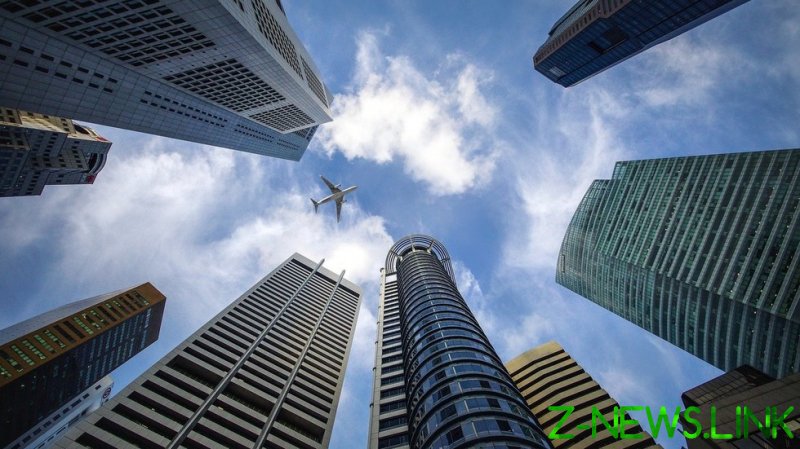 The FDI inflows nosedived in most countries last year, according to the OECD. They crashed by 70% across the European Union, “mostly due to divestments from the Netherlands and decreases that surpassed $10 billion in a number of EU countries.”

Inflows to G20 economies decreased by 28%, while outflows dropped by 43%. 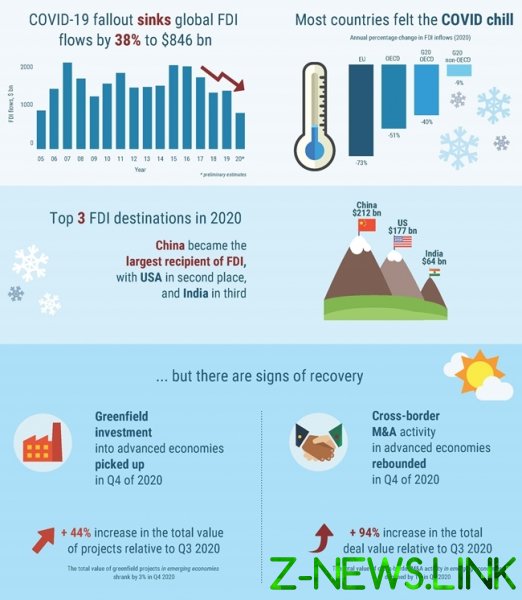 “China overtook the United States as the top destination of FDI worldwide for the second time, six years on. These two economies welcomed FDI flows worth $212 billion and $177 billion, respectively. India and Luxembourg (excluding resident SPEs [special-purpose entities]) trailed behind as the next largest recipients.”

The report also said that the rebound in cross-border mergers and acquisitions activity, “which started in the second half of 2020 and continued in the first quarter of 2021 in advanced economies, with many deals in the healthcare and technology sectors, could boost FDI equity flows in 2021, unless further major divestments take place in 2021.”