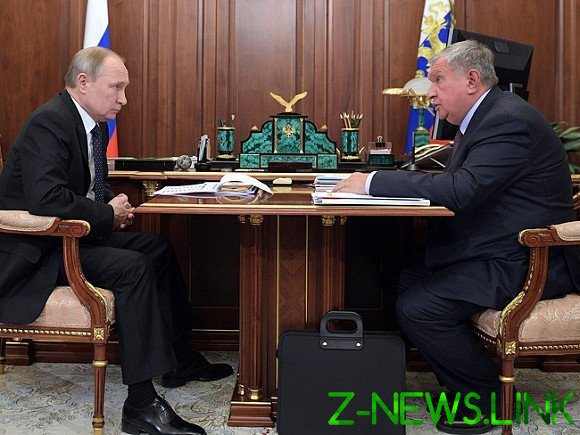 Our power half a century lives the joys and sorrows of the world trade in fuel. But such a collapse has never happened before. A throwback to the old almost impossible.

Today the price of a barrel of Russian Urals fell to $13. The current generation have not seen such a cheapness. And in the past too. Default in 1998, the worst year for the entire century of our petroleum dependence, the barrel of Urals cost on average $12. In today’s dollars is $17-18. So now the situation with the main export product of Russia (and former USSR).

The critical level of neftezavodskoy our country has reached the beginning of the 1970s. It was then that the authorities have forgotten how to reduce costs with revenues without petrodollars. To attribute curves netizen all our historical turns stupid. But it would be foolish and ignore their relationship with the UPS and downs of Brezhnev’s stagnation, Gorbachev’s perestroika, Yeltsin’s 90’s and Putin’s dvadtsatiletnej.

It is only necessary to add that in 1999, when a barrel of Urals returned to srednemultinskoe level ($17, then-or $25 current), the economy of Russia improved by the devaluation of the ruble, has gone steadily up, and after it began to recover and real incomes. It was only for half a century a short period of time, when Russia approached the recovery from petroleum dependence.

In 2014, the era of super expensive oil is over. Came moderately expensive. The global energy market gradually rebuilt, and space to break away from the reality of the countries oil traders have been less. To slow down the process, in 2016 appeared cartel OPEC + Russia, whose goal was to stop or at least delay the decline in netizen by the introduction of export quotas for member countries. Prices rose slightly, and in 2018, the barrel of Urals cost $70.

The participants of the cartel, including Russia, most seriously thought I was in control of the world oil market. They were wrong. Their “contribution” to the pricing certainly was less than the “contribution” the us shale industry, as well as what influence the voluntary or involuntary withdrawal from nefterynka Venezuela, Iran and Libya. Strategically, the oil had to go down. And on it went.

In 2019 a barrel of Urals fell to $64. Even at this price of Russian export revenues from the sale of mineral products (crude oil, petroleum, gas, coal) totaled $268 billion (64% of all export revenues). The Russian economic authorities were waiting for further smooth and reduce mark up the budget in 2020, putting him 55 dollar oil price.

The pandemic turned everything upside down. One of the few who accompanied her comic episodes was the collapse of the cartel OPEC + Russia.

Many of our analysts, especially those who do not like the head of “Rosneft”, ordinary portray this scandal as a kind of historical mistake that caused the Russian Treasury irreparable damage, and even in the most inopportune moment.

But look at this story straight. The cartel lived and worked, when world oil consumption has grown annually by 1%, and in 2019 exceeded 100 million barrels. a day. A mutual dislike of partners and their persistent desire to cheat each other has softened this modest but steady expansion of the market. The cartel was calibrated to this growth, not collapse, which is happening now.

The pandemic has reduced the world’s consumption of oil by 20%, to about 80 million barrels. a day. This is the level of twenty years ago. Fans of nightmares even talking about the possibility of 60 million barrels. as when Leonid Brezhnev in 1980. This is not very likely. But with full confidence we can say that for half a century the sovereign of our petroleum dependence have never had a situation to offer is so much greater than the demand as it is today.

Therefore, the collapse in oil prices was inevitable. It can take approximately three scenarios.

First. Opechowska-Russian cartel is trying to behave as if nothing devastating happens — it extends your agreement, slightly trims quotas, etc. the Latest problem is, of course, does not solve the price of oil falls, its excess has nowhere to go. The question of the collapse of the cartel with the agenda is not removed.

Second. Cartel with an iron hand reduces production and exports. Supply and demand somehow aligned. Oil prices still falling, but not so dramatically. However, the incomes of participants due to the reduction in sales volumes decrease very cool. I don’t know if such sacrifices for the Saudis, but the captains of the Russian oil business during his long and adventurous life used absolutely to other things.

Well, the third option — to quarrel, to disperse and begin with each other a price war, hoping to profit if not to defend, so at least other markets to capture. This scenario, as the most natural and fulfilled. The cartel simply exhausted its function.

What’s next? The collapse of the world oil market is a global epidemic crisis. This market will start to recover not earlier than the pandemic will subside. That is, it is not clear when.

And it is doubtful that he will be restored to its former appearance. A return to high oil prices in any case unlikely. Even forty-pyatidesyatimetrovy level will allow traders to ecstasy.

As for the cartels, if they will be reborn, it is not obvious that in their composition with the Arabian will be invited is Russian, not American oil traders. The habit of our brand, including oil chiefs “to beat for weight,” i.e., not to balance claims and capabilities, will produce a coalition aimed at squeezing out of our country with the world’s fuel market.

It awful? It is just not terrible. For Russia, the recovery from petroleum dependence — first, a historical inevitability, and secondly, the reality, albeit fleeting. In 1999 and partly in 2000, it was already happening, brought the first fruits, but was crossed out world market conditions and the instinctive desire of the regime to lead the country into a swamp. It is a pity that so much time was wasted.