Home / policy / Coronavirus in Russian prisons, the sick is, of masks and no drugs

Coronavirus in Russian prisons, the sick is, of masks and no drugs 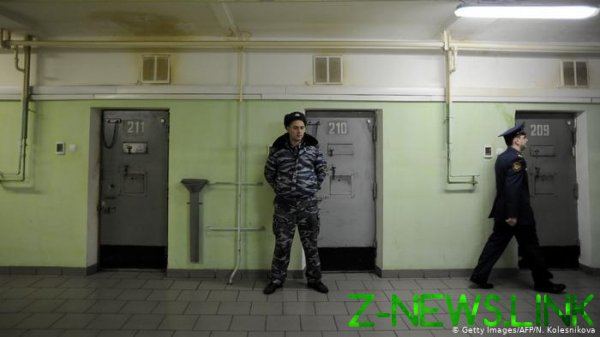 Prisoners around the world on the background of the pandemic coronavirus was released, in Russia it is not. Human rights activists fear that the official number of cases in prisons is low. What is the real situation?

“The masks we have, and the tests too, no one did,” says Ivan. He sits in one of the correctional institutions of the Yaroslavl region. Officially in prison, where Ivan fell ill with the coronavirus no, but many had symptoms of SARS, he says, “someone in the infirmary would isolate someone lying hurt on the squad.”

Ivan is not his real name and he spoke to DW on condition of anonymity. Inmates in its correctional facility did chest x-rays, the urge to keep your distance and wear masks. But in a colony it is physically impossible: the masked prisoner was not given, the beds are placed at a distance of less than a meter from each other and three times a day all prisoners removed to check on the ground.

The Federal penitentiary service: More than 300 cases of infection with coronavirus among prisoners

The press service of the Federal service of execution of punishments on 28 April reported that more than 300 cases of infection with coronavirus in their system. According to official data, the virus was diagnosed in 271 employee Department and 40 prisoners. While in office, assured that among those infected none of those who have “the disease occurs in severe form,” quotes the press service of the Federal penitentiary service Interfax. As of April 28, in the institutions of the criminal corrections system was held on 18 728 tests for coronavirus infection. 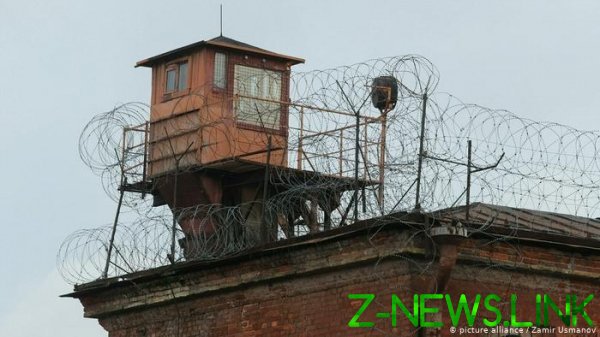 For a long time the FPS has not provided any information on cases of infection in the colonies. The first report of the infection COVID-19 one employee IK-5 in the Ryazan region was confirmed in early April. Then there is information about injured employees in the Buryatia Republic and the Saratov region, and also the coronavirus outbreak in the Tula region and the Jewish Autonomous region. Only in places of deprivation of freedom in Russia is about half a million people, and protects them even around 300 thousand employees. The Creator of the human rights project “Russia sitting” Olga Romanova said that cases of the disease may be much more.

Since March, the project has been monitoring the situation with coronavirus in prison. Information send the detainees themselves, their lawyers and relatives, as well as members of the PMC (public monitoring commissions), but recently the main the respondents were themselves employees of the Federal penitentiary service. “They report that happens in their areas, because they are afraid, – says Romanov. – They understand that they are not cared for no one at all”.

Before FSIN officially recognized cases of infection, “Russia sitting” recorded a surge of requests about that in the prisons and detention centers increased the number of people with symptoms of SARS. “People complained of fever, cough,” – says the lawyer of “Russia sitting” Alex Federov. 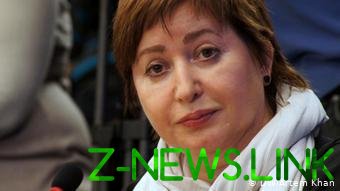 The pandemic coronavirus FSIN temporarily banned any visits by relatives, and in some regions have suspended the transmission of parcels, including medical gear. “People have abruptly lost the ability to products, and in some colonies famine,” says Federov.

Many who wrote in “Russia sitting”, complain about the lack of drugs in prison. At the same time, says Federov in the Chechen colonies even give prisoners antiviral medications, but in many places of detention “well, if paracetamol is.” Often the prisoners due to poor nutrition and prevalence of diseases including HIV, immune system is greatly weakened.

Meanwhile, prisoners across the country continue to be transported. In the message “Russia sitting” infected in a penal colony near Tula could be transferred from the remand prison “Matrosskaya Tishina”. “Colony is not a closed enclave, as many think, says Federov. Is the source of infection, through which there are constant flows of people”. 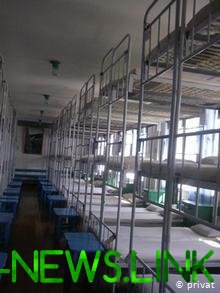 The arrangement of beds in prison. Photo from archive of Alexey Sokolov

The world health organization (who) urged countries worldwide to take urgent measures to protect prisoners from the coronavirus, and the UN high Commissioner for human rights Michelle Bachelet – the release of prisoners from the overcrowded prisons. Against the background of a pandemic, the governments of several countries have followed this advice. Iran temporarily from prison has produced more than 80 thousand prisoners in Indonesia – 30 thousand. EN masse release of convicts in the United States. France had released more than 6,000 people in Germany, about a thousand, and yet has suspended admission of new prisoners.

At the end of March the Council on human rights under the President of the Russian Federation also discussed the project of Amnesty of Russian prisoners, but a unanimous decision did not come. The head of the HRC Valery Fadeev told the newspaper “Kommersant” that the mass release of prisoners to mark the 75th anniversary of the Victory in Russia will not.

Human rights activists talked to DW, I think the Amnesty is the most effective measure to curb the spread of the coronavirus in prison. In Russian society the idea of Amnesty is not popular. “But if you do not explain to society what Amnesty is, and it will not be popular,” says Olga Romanova.

On the background of the pandemic in prisons were less likely to avoid lawyers. And even if that happen, to communicate with the prisoners they are allowed only in the presence of the investigator. “We visited the colony in the entire outfit, with the mask,” he told DW, the lawyer of the Ekaterinburg non-profit organization “Legal basis” Aleksey Sokolov. According to him, “but neither of which confidentiality cannot be and speeches”. 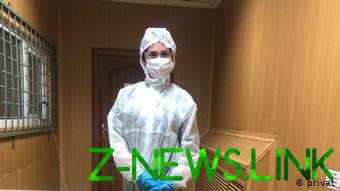 Dress like lawyers when visiting prisoners. Photo from archive of Alexey Sokolov

Alex Federov says that lawyer, “Russia sitting” is not allowed in the colony to the man, whose family is afraid that he is sick with coronavirus. Instead, the prison staff forced the inmate to call a relative and saying “please don’t destroy me” ask the lawyer to leave.

Tightening of the regime in penal colonies and detention centers leads to growth of discontent of prisoners and the likelihood of rebellion. At the beginning of April from beating the prisoner revolted prisoners IK-15 in the Irkutsk region. In the course of a riot about 10 people suffered greatly, the stories of prisoners and their relatives severely beat employees of a colony. “It is necessary to investigate” – says human rights activist Svyatoslav Khomenkov. “And human rights activists, and relatives trying to send lawyers but they are not allowed, referring to quarantine,” he said.

“If you go pandemic and the convicts will really start to massively die from the virus, says Khomenkov, such death can be attributed the death of the wicked, those people who are subjected to ill-treatment or even torture.”