Coronavirus and the new middle Ages 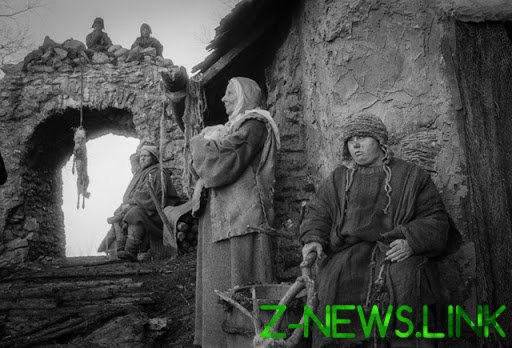 “Recently, with the different parties begin to speak about our era as a new middle Ages. The question arises, whether it is prophecy or a statement of fact. In other words: we have entered the era of a new middle ages, or, as expressed by Roberto Vacca, in his disturbing book, we expect a “medieval near future”? Vacca shows the degradation of large systems, typical of the technological era; they are too vast and complex for one Central authority could coordinate their actions, and even to ensure that each of them could effectively lead the administrative apparatus; this system is doomed to collapse, as a result of their complex interactions ago will be discarded, the entire industrial civilization”

The words of Umberto Eco sound today not just as prophecy, but as an everyday reality. From December 2019, the world has changed. And has changed dramatically.

Let’s look at this new world. The world after the coronavirus…

1.Around the world close the borders.

Limited to flights between the countries, transportation.

And, it seems, is not just a temporary measure. It’s a long lasting trend.

2.Many experts and scientists have concluded the end of an era of globalism.

Transatlantic solidarity is bursting at the seams.

Of the country are closed on themselves and gradually begin to restructure the economy and focus on domestic production, the maximum abandoning the export-import component.

3.In most countries dramatically increased the level of distrust and hatred of outsiders.

In January 2020, this applies only to the Chinese. We are now anxiously looking to all visitors. This process is, in particular, and in China, which has almost coped with the epidemic of the coronavirus, but is now afraid of re-infection from entering the country to foreigners.

Soon will begin the process of mass deportation of migrant workers from different countries.

4.Changing the culture of behavior.

Instead of kissing as a greeting in the distance. Instead of shaking hands, touching elbows. The distance between people increases.

5.In a short time all over the world, we can expect the increasing level of religiosity.

6.Democracy recedes into the background, and in the future may totally disappear as a phenomenon.

China has demonstrated that the fight against global threats can only be authoritarian-totalitarian methods.

Experts have noted that Chinese socialism can be more effective in political and even economic relations system than the American democracy. At least, the success of Beijing in many ways this has been empirically demonstrated.

7.The idea of Big brother and total surveillance will prevail.

But not at the global level, as previously assumed, but at the level of individual States. Today we can say that the country has a total tracking of people, their movement and their actions much better and faster cope with the epidemic of the coronavirus. These trends are likely only to grow.

So, what you get in the body?

The country and people are ring-fenced and focused on their problems;

— The era of democracy and globalization goes into oblivion, she comes to replace the era of tyrants, local warlords and their vassals;

— Will continue to increase the level of local nationalism and dislike of foreigners and outsiders;

— People will become more receptive to faith and religion;

— Will increase the level of suspicion, denunciation of the people and spy on people from the state.

It is not a new middle Ages?