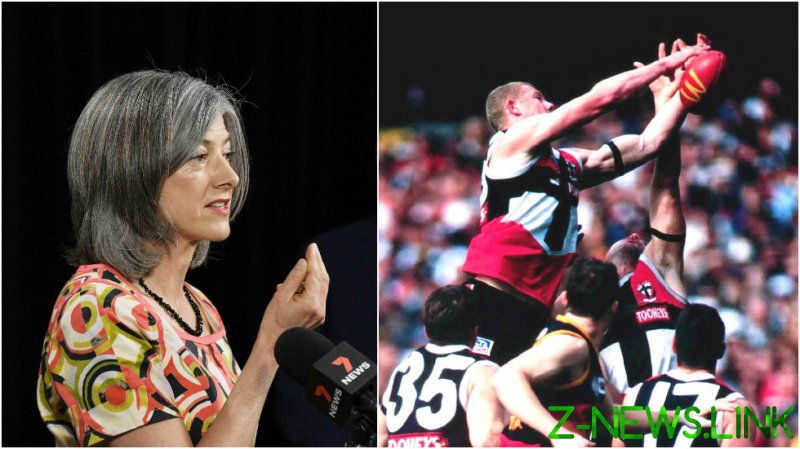 The state’s chief public health officer Nicola Spurrier made the strange recommendation during a press conference on Wednesday, when she also announced that an Australian Football League team from Melbourne would be permitted to enter South Australia for an upcoming match, despite ongoing Covid-19 restrictions.

“We’re looking at the ball… I have noticed occasionally the ball gets kicked into the crowd, we are working through the details of what that will mean,” Spurrier said confidently, after she was asked about the potential of exposure for ground-level spectators at the Adelaide Oval stadium.

Though Spurrier acknowledged she hadn’t been to “many football games” before pleading with fans to avoid the ball at all costs, her counsel triggered an outpouring of memes and laughter from Australians on Twitter.

Local media even spoke with epidemiologist Tony Blakely to probe the possible transmission risk. Failing to keep a straight face for the interview, the expert said the chance of catching Covid-19 from an AFL ball is “quite minimal,” adding that Spurrier’s comments were nonetheless “amusing.”

Spurrier appeared for another press conference on Thursday to clarify the previous day’s advice, taking the mockery in her stride after being briefed by more “football knowledgeable” colleagues.

“Just to reiterate: I am not a football player and, in fact, whenever a ball comes to me – whatever sort of ball, whether it’s a football, a basketball – my inclination is to duck,” she joked.

Fortunately for spectators at Adelaide Oval, AFL players are screened for the coronavirus prior to every match, while the stadium will keep the first two rows from ground level empty to avoid potential exposure. The latter move was done at the health chief’s behest, telling reporters that this “was a little bit of an ask for the AFL but they’ve managed to accommodate that.”

Concerns about the upcoming match between Collingwood and Adelaide have run high given that the former team hails from Victoria, which has borne the brunt of the country’s Covid-19 outbreak and is currently facing a new cluster of cases. South Australia health officials insist the game will be a “very safe, low-risk activity,” arguing that both the stadium and the teams are abiding by pandemic protocols and taking every precaution to avoid spreading the illness.