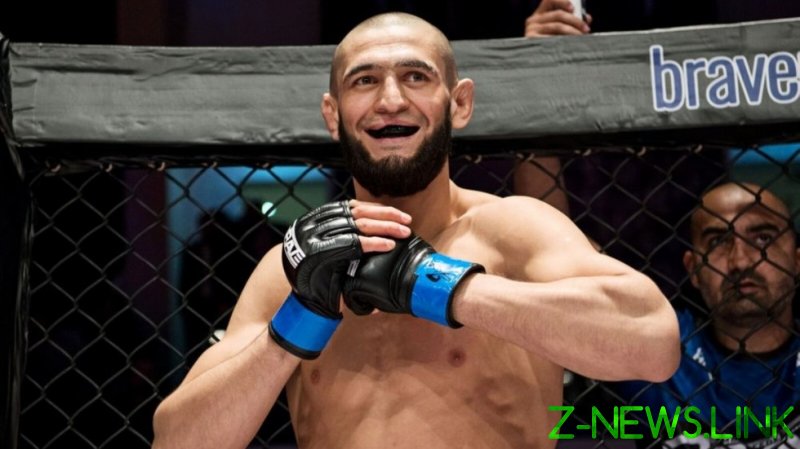 Reports from the US have confirmed that Chimaev was forced off the card after medical tests showed that he had not fully recovered from the effects of COVID-19.

MMA Junkie reported via Chimaev’s team that the undefeated welterweight tested positive for coronavirus in early-December but, despite seeming to shake off the illness, X-rays of his lungs showed that he hasn’t returned to full health.

That assessment was subsequently reported by ESPN, who shared a statement from Chimaev’s manager, Ali Abdelaziz.

It read: “Khamzat had coronavirus and when he went back to gym, his lungs did not recover 100%. He needs time for his lungs to recover, and right now it’s about taking that necessary time.”

It means that, once again, Edwards has missed out on a big fight, having missed out on a main event in London in March against Tyron Woodley, a possible title fight with Kamaru Usman later in the year and a fight with Chimaev in December after he contracted COVID-19.

Edwards is fully recovered, but now it’s Chimaev who needs time to shake off the highly contagious virus, and the Brit wished his opponent well via social media.

“Rest up Khamzat, I’m sure I’ll see you soon,” he tweeted.

“But I want to fight January 20th on the island.”

He followed up with another tweet, calling out Jorge Masvidal, but it seems unlikely that matchup will be made on such short notice. It remains to be seen whether Edwards will land a matchup on Jan. 20.