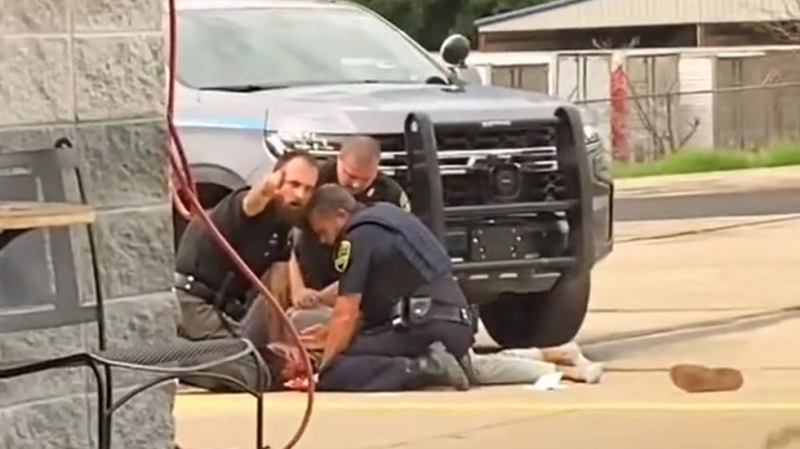 The Arkansas State Police have launched an official probe and temporarily suspended one police officer and two deputies, after a viral video showed them roughing up a suspect during an arrest on Sunday morning. Amid social media outcry over alleged excessive brutality, authorities said the man attacked them first, injuring one of the officers.

The incident took place around 10:30am Sunday outside a Kountry Xpress convenience store in Mulberry, Crawford County, and was partially captured on video by a witness who then shared it online.

The disturbing recording begins with the suspect already lying on the ground while three law officers on top of him repeatedly punch and knee the man, as well as slam his head to the ground. The video ends after the cops notice the eyewitness and apparently order the camera turned off.

Police said the officers were responding to a call from a store clerk who claimed the suspect “spat in their face” and was making “terroristic threats.” The man was allegedly cooperative when first confronted by the cops, but then turned violent and injured one of the officers. He is facing charges of battery, assault and resisting arrest. 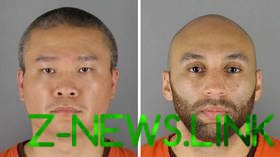 “The officer is on administrative leave pending the outcome of the investigation,” the Mulberry police department confirmed in a separate press release, adding that “The City of Mulberry and the Mulberry Police Department takes these investigations very seriously and holds all their officers accountable for their actions.”