Home / WORLD / Cop who shot Jacob Blake heard woman cry ‘he’s got my kid,’ believed he was a KIDNAPPER – lawyer

Cop who shot Jacob Blake heard woman cry ‘he’s got my kid,’ believed he was a KIDNAPPER – lawyer 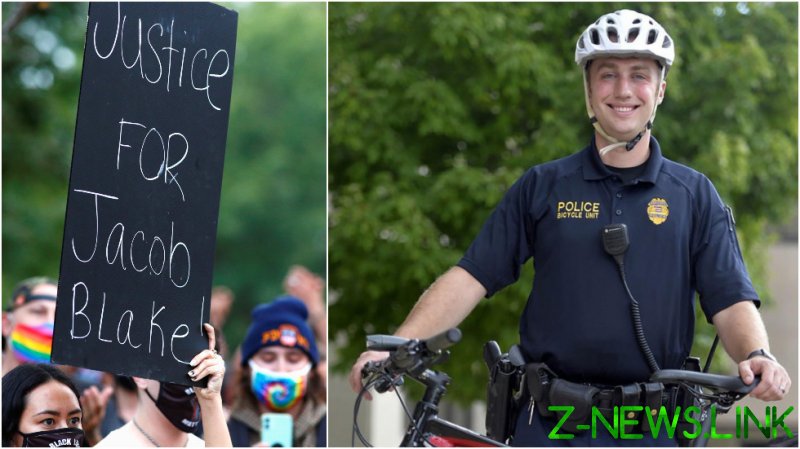 Officer Rusten Sheskey opened fire on Blake during the August 23 encounter in Kenosha after hearing a distressed woman on the scene shout “He’s got my kid. He’s got my keys,” the attorney, Brendan Matthews, told CNN. He argued that had Sheskey allowed Blake to flee with the child in the vehicle, “the question would have been ‘why didn’t you do something?’”

Matthews’ account comes as the most detailed explanation to date for Sheskey’s decision to use deadly force against Blake. Though he said he does not typically comment on pending cases, the lawyer noted that he wanted to correct an “incomplete” and “inaccurate” narrative surrounding the controversial incident, which has stoked chaotic protests in cities around the country.

The lawyer’s claims are at odds with Blake’s family and legal representatives, who insist the man was unarmed, posed no threat to police or bystanders on the scene and that officers wielded excessive force. Matthews, however, argued that Blake brandished a knife during the confrontation and had “twisted his body” toward Sheskey moments before he opened fire, adding that the action is not visible in video footage of the incident that has circulated.

Local authorities previously stated a knife was found on the floor of Blake’s SUV – which he has admitted to possessing – but Sheskey’s attorney is the first to allege he had wielded it toward officers. He also claims that a second officer on the scene, who he also represents, corroborated Sheskey’s account about the knife, saying he would have also opened fire at the time if he had a clear shot.

On the day of the shooting, police responded to a “family trouble” call at a home in Kenosha, in which a woman reported that Blake had taken her keys and would not return them. He was uncooperative with the officers when they arrived, during which Sheskey watched Blake put one child in the backseat of his car – unaware two others were already inside – according to Matthews. Police eventually tried and failed to restrain him before he attempted to enter his vehicle, at which point Sheskey shot him seven times, leaving Blake paralyzed from the waist down.

By all indications, the three children in Blake’s SUV were his own sons. However, Matthews suggested the officers on the scene were not aware of this, believing he was preparing to flee with another woman’s child.

The August encounter had parallels with an incident in May at the same residence, the home of Blake’s ex-girlfriend. According to a criminal complaint filed in July, Blake entered the house without permission, sexually assaulted his former significant other and made off with her debit card and car keys, later withdrawing $1,000 from an ATM. Blake was wanted on a warrant in connection to the May incident on the day he was shot, though it has since been vacated as he remained in the hospital incapacitated from his injuries. Charges are still pending, however.

Matthews’ explanation comes as the Wisconsin Department of Justice prepares to turn over the results of an investigation into the shooting for review by an independent consultant, who will analyze evidence and forward the case to prosecutors. They will then determine whether to bring charges against Sheskey, who remains on paid administrative leave. 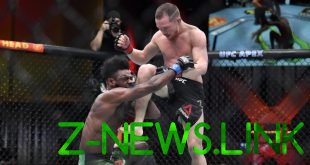 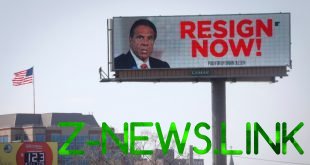 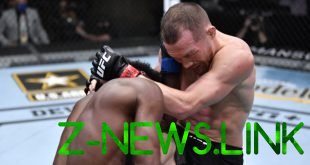 Moment of madness: ILLEGAL KNEE costs Petr Yan title as he is disqualified against Aljamain Sterling at UFC 259 (VIDEO)

Fighting for the first time since September 2019, Russian star Makhachev got the job done …