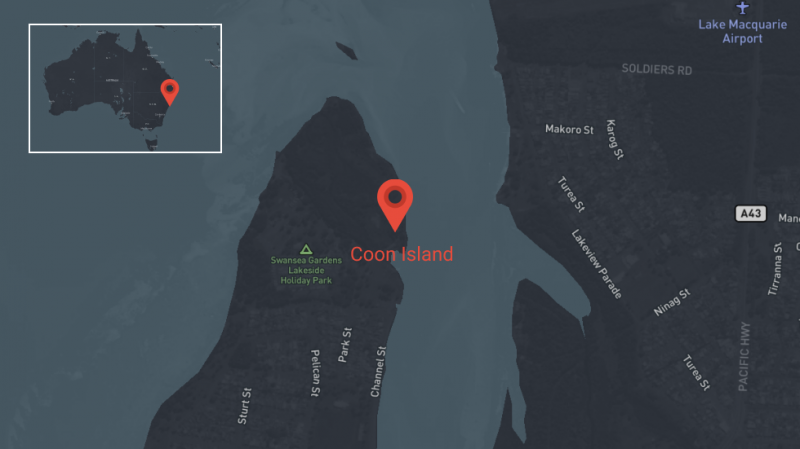 On Monday, councilors from Lake Macquarie, a city on Australia’s east coast, voted 8-5 in favor of scrapping the monikers ‘Coon Island’ and ‘Coon Island Point’ following a four-month consolation process.

Though the island has been known by the name for around 100 years, it was recently deemed problematic given the word ‘coon’ has racist connotations as a pejorative term for a black person.

The councilors will now submit proposals to the Geographical Names Board, which will see the island instead called ‘Pirrita Island’ and the adjacent headland renamed ‘Miners Point’, the local authority said in a tweet.

Lake Macquarie councilor Kevin Baker, who was a leading force in efforts to rename the nature reserve, thanked everyone involved in “righting this wrong”, and said he looked forward to “the process of healing within our community.”

Speaking to the Australian Herald, Baker said the name ‘Coon Island’ was “genuinely racist and genuinely hurtful to a lot of people in our community.”

However, Baker’s proposal to rename the isle did not receive widespread support in the locale. According to local reports, a council-run survey of 2,120 local residents found that 44% supported the move while 56% opposed the name change. Of those supporting the proposal, 86% deemed the name ‘Coon Island’ offensive.

Baker said that public feedback had been considered when mulling the name-change, along with the opinions of key stakeholders, but that it was inevitable that some people would have been disappointed either way.

The island, which sits at the head of the Swansea Channel, is currently a nature reserve and popular tourist site. Archeological evidence suggests there was a human presence on the island as long ago as 7,800 years ago and has significance to the Awabakal people, an Aboriginal tribe.

However, the island had been named after its one-time sole inhabitant, Herbert Greta Heaney, a miner nicknamed ‘coon’ because he often returned home with his face covered in black coal dust. The name for the island and the adjacent headland stuck.

The proposed name ‘Pirrita’ is an Awabakal word meaning oysters which grow from mangrove trees, while ‘Miners Point’ is a reference to Heaney’s profession. Baker said it was important to recognize both the indigenous and European contributions to the region.

Earlier this year, a popular Australian dairy product called ‘Coon Cheese’ was rebranded by its owners to ‘Cheer Cheese’ amid concerns that the racial connotations of the product’s name would cause offence. The new ‘Cheer Cheese’ hit Aussie shelves in June.