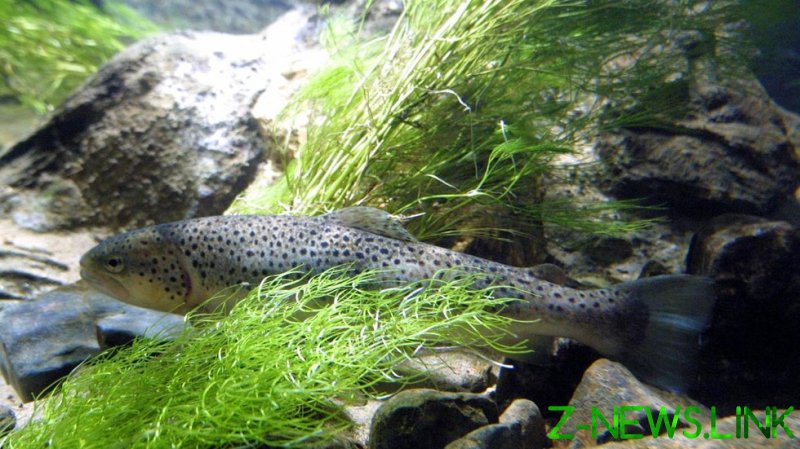 Scientists in the Czech Republic performed a set of experiments to examine the consequences of methamphetamine seeping into aquatic ecosystems. Traces of the highly addictive stimulant can apparently be found in many freshwater habitats due to discharges from wastewater treatment plants.

In a paper published on Tuesday, the researchers concluded that meth emissions in freshwater ecosystems can cause “addiction” in fish and even lead to withdrawal symptoms.

The surprising discovery was made after the Czech researchers observed two groups of 60 brown trout that were placed in separate holding tanks for eight weeks. One of the aquariums contained meth levels commonly found in freshwater rivers, while the other tank was drug-free. Apart from the meth, the conditions in both controlled environments were identical.

The researchers then transferred all the trout into a shared freshwater tank. The meth-accustomed fish were less active than their straight-edge counterparts, suggesting they may have been experiencing anxiety or other withdrawal symptoms. These behavioral differences lasted for about 96 hours until the drug was no longer detected in the tweaked-out fish.

In addition, the scientists created a tank containing both drug-free and meth-laced water. The gilled addicts appeared to be drawn to the meth zone, regardless of where it was located in the aquarium. This was further evidence of addiction, according to the study.

Lead researcher Pavel Horky, an ecologist at the Czech University of Life Sciences in Prague, told the media that his team’s findings highlighted an example of “unexpected pressure on species living in urban environments.”

He noted the findings were particularly troubling because meth contamination in freshwater ecosystems remains relatively low, but can still have profound impacts on the surrounding ecosystem.