Home / WORLD / Conservatives cry ‘bigotry!’ as Dems call for Parler to be PROBED BY FBI for role in US Capitol riot, alleged Russian ties 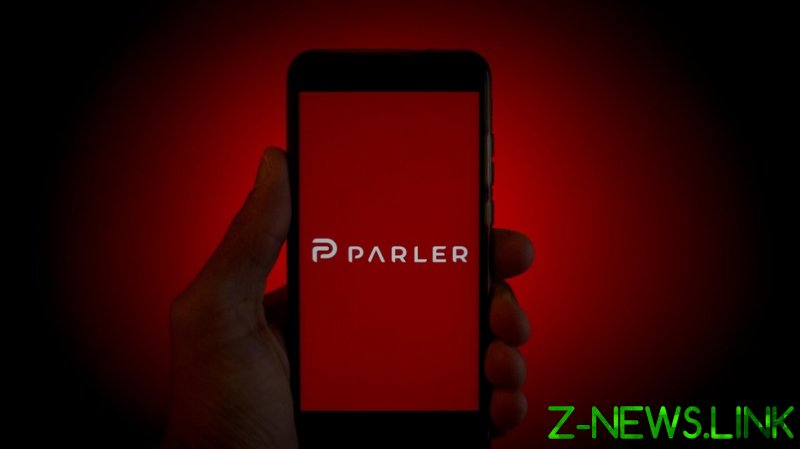 In a letter sent to the FBI on Thursday, Maloney (D-New York) also questioned whether Parler, which was primarily used by conservatives, is a “potential conduit for foreign governments who may be financing civil unrest in the United States.”

According to Maloney, “Parler houses additional evidence critical to investigations of the attack on the Capitol,” noting threatening messages were posted on the platform by Donald Trump supporters, some of whom may have been involved in the January 6 protest at the Capitol, which resulted in five deaths.

The Democrat congresswoman also claims Russia could potentially have ties to the site and is using it to sow discord in the US. Her evidence of this, however, has been mocked by critics of the potential investigation. Maloney cites the company’s founder, John Matze, being married to a Russian and a traveller to that country, to give weight to her claims.

“The company was founded by John Matze shortly after he traveled to Russia with his wife, who is Russian and whose family reportedly has ties to the Russian government,” she wrote, also noting the site used the cyber protection services of a Russian company, DDoS-Guard, after “being denied services by Amazon Web Services.”

Maloney says the House Oversight Committee will conduct its own investigation and she is requesting a meeting with FBI officials to discuss the potential “robust review.”

Many conservatives flocked to Parler last year, citing concerns of political bias on social media platforms like Twitter, but the company has struggled in the wake of the Capitol riot, with their app getting removed from Google Play and the Apple App Store. Amazon Web Services has also severed ties with the company. A federal judge rejected a lawsuit brought forth by Parler to have those services restored with Amazon.

Parler is currently being hosted by Epik, an American company which also hosts server traffic for Gab and 8chan.

Conservatives have blasted Maloney’s accusations and such a potential investigation as “bigotry” against conservatives.

“Dems ordered Silicon Valley monopolies to remove Parler. They obtained. That forced Parler to use a Russian company for hosting,” journalist Glenn Greenwald tweeted, referencing Maloney’s accusations of Russian ties. He went on to criticize Matze’s wife being used as proof of the alleged connection.

Matze told Fox News this week that he is “confident” Parler will be “back up” by the end of the month.