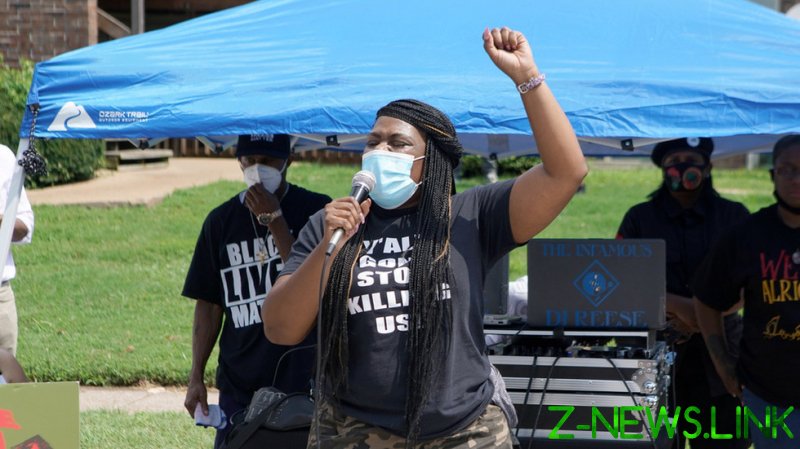 The security spending by the Missouri Democrat was highlighted by several right-wing news outlets this week, after the second-quarter campaign records were published on Tuesday by the Federal Election Commission. More than a third of the Bush campaign’s $197,000 expenses – or $69,120 – went to private security, the filings revealed.

New York City security firm RS&T Security Consulting was the primary recipient of the money, though some of the payments were made to other providers in Washington, DC, Maryland, California and Missouri.

Conservative outlets like Fox News and the Daily Caller reported the security expenses on Friday, implying that they highlighted the hypocrisy of the Democratic politician, with commentators on Twitter joining the dunk. Bush is a vocal proponent of ‘defunding the police’, one of the many polarizing political propositions currently being debated in the US. Fox called private security “a luxury most Americans can’t afford,” implying that Bush was getting for free the safety that she seeks to deny ordinary citizens.

The Daily Caller brought up its previous reporting about the security spending of Bush and some other members of ‘the Squad’ – a group of highly visible Democratic lawmakers pushing a progressive agenda, which also includes Alexandria Ocasio-Cortez and Jamaal Bowman of New York, Ilhan Omar of Minnesota, Ayanna Pressley of Massachusetts, and Rashida Tlaib of Michigan.

The hypocrisy accusation, however, was perceived on the other side of the political aisle as a bad faith attack. Supporters of ‘defunding the police’ mostly understand it as relieving police departments from functions that they are poorly trained and equipped to deal with, like responding to mental breakdowns. Bush last month sponsored a bill that would create a new division in the Department of Health and Human Services, which will deploy unarmed medical professionals to deal with such crises instead of armed police officers. Unsurprisingly, her supporters didn’t see any contradiction between her advocacy and hiring private security.

In May, Squad members voted ‘nay’ or ‘present’ on a House bill which gave $1.9 billion in funding to beef up security at the US Capitol. Democratic opponents said the additional funding and powers given to the government under the bill would “further undermine” democracy in the country rather than protect it.

The personal security of Bush and her staff members became national news in January, when she announced she was moving her Congress office after a hostile encounter with rival Republican legislator Marjorie Taylor Greene of Georgia. The two representatives, who both receive a lot of hatred from the opposing political camp, disagreed on who harassed whom during their hallway confrontation.

If security spending were an accurate measurement of concern for personal safety, Greene’s filings would indicate her fearlessness. In the second quarter, her campaign paid $346.08 for “logistics and security protection” during an event in Connecticut. In the previous quarter, this kind of service rendered to Greene cost taxpayers $3,000.