Conservative pundit trolls AOC… by raising $50k for her grandma? 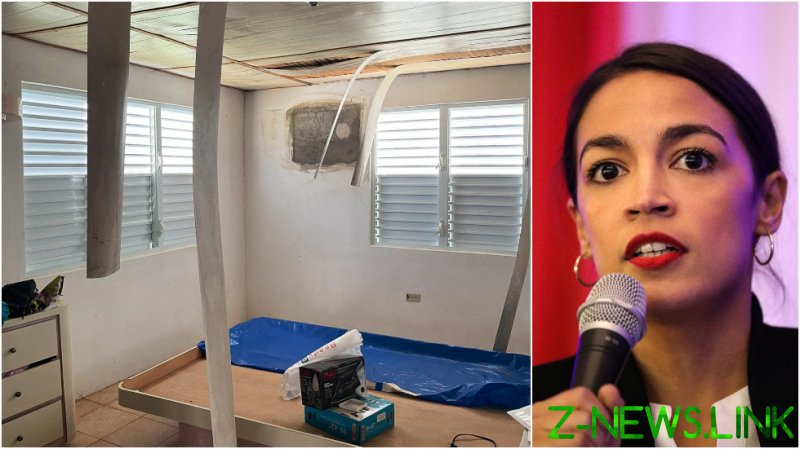 “Just over a week ago, my abuela fell ill. I went to Puerto Rico to see her – my 1st time in a year+ [because] of COVID,” Rep. Ocasio-Cortez said in a tweet on Wednesday, referring to her grandmother. The post also included two photos of her grandma’s house, in which drooping ceiling panels were visible, apparently damaged by water.

Though AOC used the post to attack former President Donald Trump for allegedly blocking hurricane relief funds to the Caribbean island, conservatives were quick to point out that Hurricane Maria struck Puerto Rico in 2017 – and to attack the Democrat for not helping her grandmother fix up her house herself.

Matt Walsh, a conservative pundit, took things one step further on Friday, and launched a crowdfunding campaign to raise some much-needed cash for abuela’s home.

The funding drive angered Democrats, who accused Walsh of being “sick in the mind” and of running a “fraudulent” campaign. They called him a “racist” too for good measure.

It also enraged some conservatives, who suggested that Walsh’s time would be better spent fundraising for the Trump supporters still locked in solitary confinement after the January riot on Capitol Hill, and others who mocked him for handing money to his political “enemies.”

Still, plenty of Walsh’s fellow conservatives cheered the apparent “trolling,” and opened their wallets. By 5pm Eastern Time, the crowdfunding campaign had raised just under $60,000, smashing the target amount of $48,990.

Ocasio-Cortez has not, at time of writing, commented on whether she’ll accept Walsh’s donation.