Home / WORLD / Conservative host posts about his investigation into voter fraud claims, gets blocked, challenges Twitter to disprove his findings

Conservative host posts about his investigation into voter fraud claims, gets blocked, challenges Twitter to disprove his findings 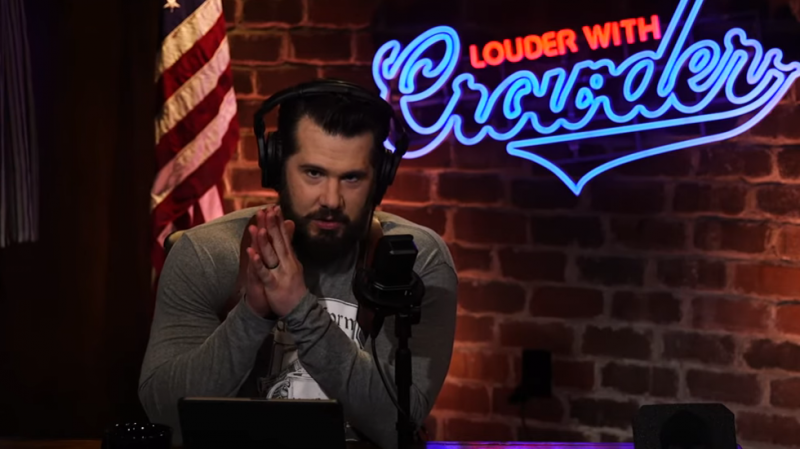 “DOZENS of voter names, addresses, and pictures proving they don’t exist. Period. Today I’m tired of this s**t. Mass voter fraud is real and I can prove it,” Crowder tweeted on Tuesday.

Twitter quickly restricted the tweet and did not allow anyone to like, retweet, or respond to it “due to a risk of violence.” Twitter also temporarily locked Crowder’s account for violating its rules on spreading misinformation, which the pundit revealed on Wednesday.

The social media platform has made a habit out of flagging tweets that promote election fraud claims.

On his ‘Louder with Crowder’ show, Crowder aired footage of his crew visiting dozens of addresses taken off of publicly available voter rolls in Michigan and Nevada. What they discovered, Crowder claims, is that these addresses did not exist.

While he made it clear he does not endorse conspiracy theories about Dominion Voting Systems or that Donald Trump actually won the election – which the former president still appears to believe – Crowder said that fake addresses do prove at least some level of voter fraud exists.

“I can confirm to you that these people — who may not be real people — have voted from addresses that do not exist,” he said, adding he would testify to the validity of his reporting under oath and penalty of perjury.

Many conservatives took to blasting Twitter for punishing Crowder with seemingly no dispute over his findings.

“Twitter locked Crowder’s tweet but I’m not sure anyone disputed his claims. Twitter is publishing false statements of fact on tons of tweets because its an automated process and they should be responsible for it,” podcaster Tim Pool tweeted.

In a followup episode of his show on Wednesday, Crowder challenged Twitter to prove his information is incorrect.

“We fact-checked the people who didn’t go through the verification process,” he said. “If we are wrong, you need to prove it to us, otherwise [you’re] just silencing information you don’t like.”