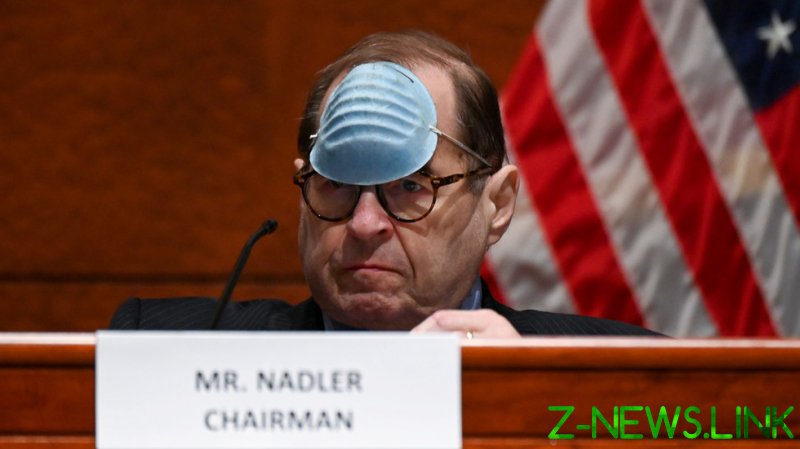 ‘Congressional Democrats heroic fight to save the rich,’ published on Wednesday by Canada’s National Post, drew the attention of ADL’s Jonathan Greenblatt on Thursday.

“Mentioning a member of Congress was in a Jewish fraternity in college in an article about tax policy is wholly irrelevant and plays into classic [anti-Semitic] tropes about Jews and money,” Greenblatt tweeted, demanding the Post “edit” the article.

He was quickly echoed by Congressman Jerry Nadler (D-New York), who went a step further and said the story “must be taken down,” calling the passage an “anti-Semitic dog whistle, plain and simple.”

Greenblatt and Nadler took issue with the description of Congressman Josh Gottheimer (D-New Jersey) as “Harvard man and Alpha Epsilon Pi brother” in an article by Matt Taibbi. It was originally published on his Substack last week, but only caught their eye once it was reprinted by the Post.

Several journalists, who happen to be Jewish, disagreed. Jonathan Chait of the New York Magazine tweeted he didn’t consider Taibbi’s article anti-Semitic, as the fraternity remark is “something could just as easily be written about a Gentile.”

“Surely they don’t think it’s forbidden to disagree about tax policy with a Jewish politician,” he added. “So the sin is mentioning his frat? Just seems like a typical sneer portraying him as a rich kid.”

Glenn Greenwald called Nadler’s demand “obnoxious and abusive” and said there was “nothing remotely anti-Semitic” in Taibbi’s article, which is “about how House Democrats are fighting to make the tax code more favorable to their rich donors.”

“Matt, we made it!” tweeted Katie Halper, who co-hosts the ‘Useful Idiots’ podcast with Taibbi, tagging him on Greenblatt’s original post.

The article itself is about how the 32-member caucus, which actually includes eight Republicans – something that Taibbi notes in the original – is fighting to repeal the $10,000 cap on deductions of state and local taxes (SALT), enacted back in 2017 by the Trump administration.

Taibbi points out the hypocrisy of presenting the SALT issue as one of “struggling families” in the “middle class” when it’s about helping the literally richest one percent of Americans – the same group President Joe Biden has just said he wants to tax even more, in order to fund his ambitious social programs. Yet Democrats have chafed under the SALT cap, as it prevents the states they run – such as New York, New Jersey and California – from having the federal government basically subsidize the heavy taxation of their residents.

Fox rejected his demand. Carlson remains the highest-rated primetime cable host in the US.