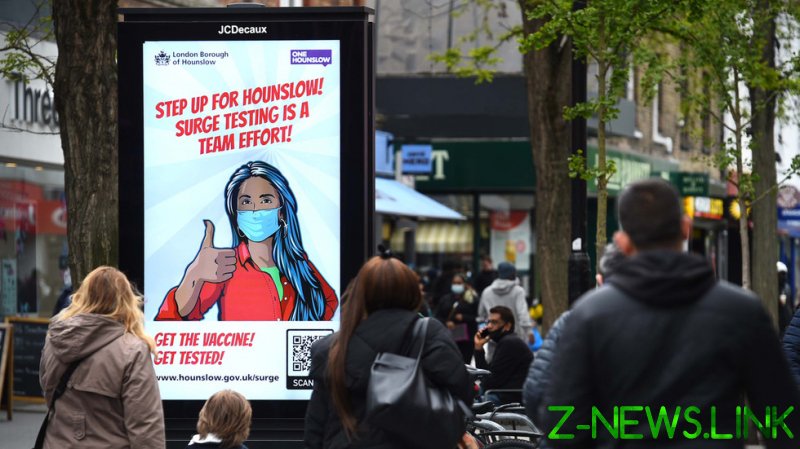 Officials at eight different local authorities reacted with bewilderment and anger to updated health guidance on the UK government’s website, saying they were not consulted over any changes.

On Tuesday a joint statement was issued by the directors of public health for councils in Burnley, Bedford, Blackburn with Darwen, Bolton, Kirklees, Leicester, Hounslow and North Tyneside.

“Following the national coverage of recently revised guidance we have met with national officials and confirmed there are no restrictions on travel in or out of each of our areas. There are no local lockdowns,” it read.

Leicester’s director of public health also said the government “has confirmed that new advice published on its website in relation to Leicester and other areas was incorrect.”

The eight areas have all been particularly affected by a newer Covid-19 variant first detected in India, which early evidence shows is more transmissible than original forms of the virus.

On Friday the government updated its online advice for areas affected by the strain, warning residents to “avoid travelling in and out of affected areas unless it is essential.”

However, the update seemingly was not accompanied by an official government announcement – an oversight which drew anger from local officials.

The elected mayor of North Tyneside, Norma Redfearn, said the matter had caused “stress and anxiety” for local residents.

“There was no consultation on this advice, which was wrong,” she added, saying the government had clarified that no extra restrictions are in place for North Tyneside.

The UK Prime Minister Boris Johnson’s official spokesperson confirmed on Tuesday that the government’s update was only advisory, saying: “It is important to emphasise that this is guidance, these are not statutory restrictions placed on those local areas.”