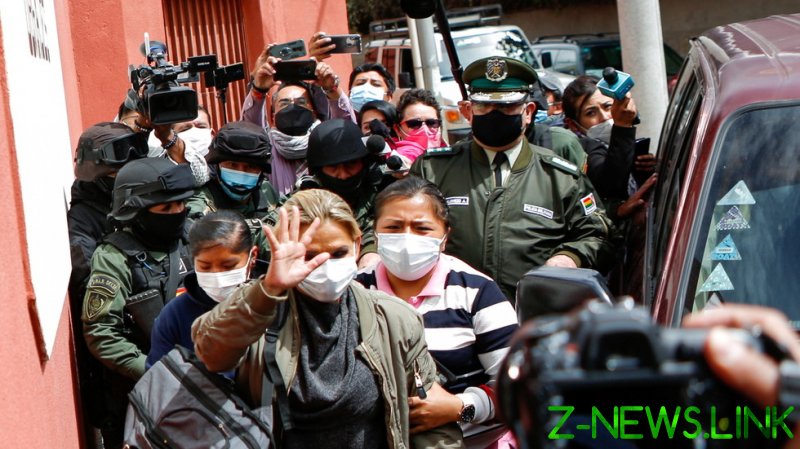 “The Bolivian government should release detained former officials,” Blinken said in a Twitter post on Saturday, demanding an “independent and transparent inquiry” into the human rights and due process issues related to the former interim president’s case.

The US secretary of state also noted that Washington is “deeply concerned” by what he called “growing things of anti-democratic behavior” and politicization of the legal system in the Latin American country.

The right-wing politician, who ruled Bolivia as interim president for a year, and several of her associates were detained earlier in March. They were charged with sedition, terrorism and conspiracy over their coming to power in November 2019. Anez’s arrest sparked demonstrations in her support in some Bolivian cities.

Jeanine Anez came to power on the back of a violent uprising eventually supported by the nation’s military which forced the then-President Evo Morales to flee the country. The unrest was triggered by accusations of election fraud that later turned out to be largely baseless.

Anez then took over as “interim president” and stayed in office for about a year until the next election in 2020 which was won by pro-Morales candidate, Luis Arce, representing the former president’s Movement for Socialism (MAS) party which also won the general election earlier the same month.

Anez’s tenure was marred by a violent crackdown against Morales’ supporters as her government deployed the military against protesters backing the former president and gave the troops immunity from prosecution for their actions in quelling the dissent.

The resulting crackdown ended up with dozens of reported deaths as soldiers and riot police clashed with the protesters. At some point, the troops even fired tear gas at mourners seeking to bury the victims of previous clashes. Yet, Washington was apparently in no rush to declare La Paz’s moves “anti-democratic” at that time.

Now, Blinken’s statement has been met with some criticism online as commenters accused it of hypocrisy while some of them said that even the secretary of state’s predecessor, Mike Pompeo, would not say something like this.