Home / WORLD / Comrades in arms? West is cheering on Russia’s Communists, but heirs of Bolsheviks even more skeptical of US, EU & NATO than Putin

Comrades in arms? West is cheering on Russia’s Communists, but heirs of Bolsheviks even more skeptical of US, EU & NATO than Putin 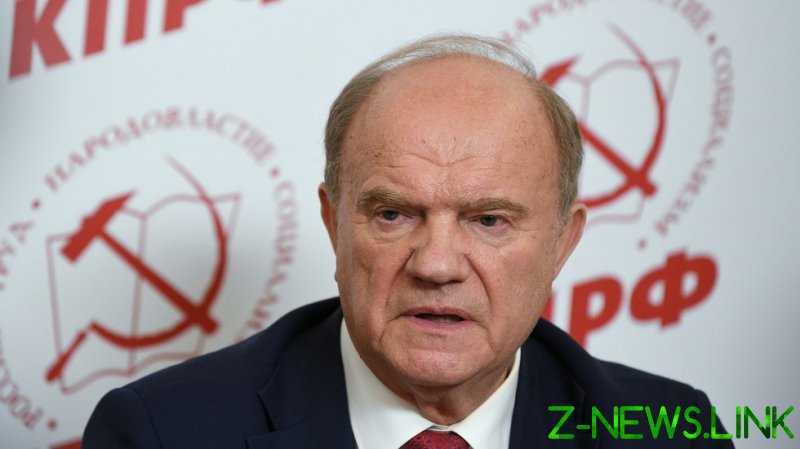 According to the exit polls and those votes counted so far, the Communist Party (KPRF) is set to be the biggest winner from the drop in support for United Russia, the governing faction backed by President Vladimir Putin.

The far-right LDPR is set to come in third, almost neck and neck with the centre-left Fair Russia – For Truth. The youth-orientated New People also appears to have made it past the 5% required for proportional representation, while the liberal Yabloko polled at only around 1%. That’s a humiliation for politicians who see themselves as the heirs to the post-Soviet reformers of the early 1990s.

The Communists are, however, the main – if not the only – nationwide opposition party that can challenge the direction of Putin and United Russia. As the largest opposition group, the KPRF was always likely to make gains after a turbulent few years of sanctions, rising prices and the socio-economic consequences of the Covid-19 pandemic.

How does the Western media respond? The headline from The New York Times celebrates “Russian Election Shows Declining Support for Putin’s Party”; The Guardian states: “Pro-Putin party wins elections despite declining support”; The Times reads “Putin’s party romps to victory in ‘most corrupt election yet'”. In a tight-rope act of rhetoric, the media coverage reveals the usual paradoxical claims that Russia is an absolute dictatorship, while simultaneously celebrating the Kremlin being handed tough results at the ballot box.

It’s also worth asking why those in the Western media are so at ease with the prospect of the Communists doing well in Russia, three decades after the collapse of the Soviet Union. Few seem to be asking what it really means.

The enemy of my enemy is my friend?

Allies of jailed opposition figure Alexey Navalny have attempted to take credit for what amounts to something of an election upset by pointing to their ‘Smart Voting’ initiative – aiming to help anti-Kremlin supporters maximise the impact of their ballot depending on where they live. In reality, they advocated voting for the Communist Party in the vast majority of races.

While the initiative may well have been instructive for his most ardent supporters, Navalny’s attempt to take credit for the strong showing the communists received is evidently an attempt to exaggerate his own importance in Russian politics. In reality, even with a government crackdown on the website, few voters seemed interested in the tool and apparently few of its potential beneficiaries saw anything positive in such an endorsement.

Navalny’s transformation, however, from the darling of the liberal West to pro-Communist campaigner is worth examining, as it comes from the desire to disrupt and weaken the Kremlin at all costs. It’s a dangerous game to play, but it’s one the West has been supporting.

The US and EU have been open about the purpose of the anti-Russian sanctions – to create socio-economic decline to undermine the political legitimacy of United Russia and Putin. Brussels published a report already in May advocating denouncing the new Russian Duma elections as fraudulent, and to respond by expelling Russia from international institutions, imposing further anti-Russian sanctions, and increasing anti-government propaganda against Moscow. It seemed to have decided on its course of action before a single ballot was cast.

Amid all the furore, it is easy to forget that Putin has historically positioned himself as a political moderate and did his part to prevent the return of the communists and keep the country on a market economy track. In the 1990s, then-President Boris Yeltsin’s entire liberal and pro-Western political platform collapsed when it became evident that Russia would be excluded from the new Europe, while the country faced socio-economic and political implosion.

The KPRF stood on the sidelines as the main opposition party, offering a return to a familiar past. Putin, serving as prime minister at the time, replaced Yeltsin and changed the prevailing policy by demanding that integration with the West should be done as sovereign equals – while curtailing the power of oligarchs, many of whom have since taken up residence in the US and UK. The socio-economic decline was reversed and a more confident Russia emerged.

It is commonly implied in the Western media that the main opposition in Russia is another liberal Yeltsin-like politician with a foreign policy consisting of doing whatever it takes to “return to Europe” irrespective of the door being closed to Russia. In reality, the political opposition comes from the communists, who tend to believe that Russia has been too soft and weak on the West, which is why Western powers have become so comfortable with bullying Russia.

The lessons of history

The absence of political principles, besides burning down the political system irrespective of what follows, would be likely to bring about instability, radicalism and other unforeseen consequences. On 16 April 1917, Vladimir Lenin arrived in St. Petersburg after 17 years in exile to lead a revolution against the Tsarist system. German intelligence services had provided Lenin with passage to destabilize Russia to get it out of the war – and they would have been popping corks as the Bolsheviks took power.

When Navalny returned from Germany in January 2021, there were many who made historical comparisons to Lenin. However, the minuscule support for Navalny in Russia made it to some extent inappropriate. But given his recent attempts to build his credibility by contributing to the rise of the Communist Party, this historical juxtaposition might now be more appropriate.